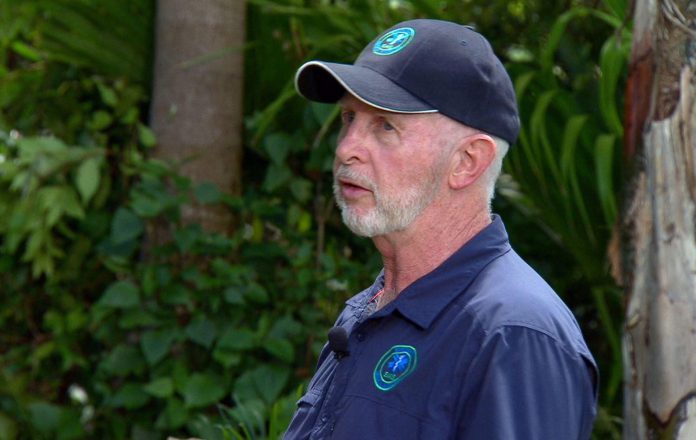 MEDIC Bob has become a famous face on I’m A Celebrity as he rushes to the aid of stricken celebs in the jungle.

Let’s take a look at the life of the show’s on-call medical expert as he returns for another year of jungle drama.

Who is Medic Bob?

Robert “Bob” McCarron, 68, was born July 1950 in London, England and is an Australian medic.

Medic Bob is always on hand to help with any jungle medical emergencies – especially after Bushtucker Trials.

Bob is also responsible for handling the snakes, spiders and other creatures for the challenges.

Although he is not a medical doctor, on screen he is often referred to as “Dr Bob”.

He is a pre-hospital care practitioner and intensive care paramedic with degrees in nursing, para-medicine, pre-hospital medicine, and certificates in other specialised medical areas.

What does Bob do when he is not being a medic?

Bob is also responsible for the special effects and prosthetic makeup on many international films and stage productions.

He also designed the wild boar and the prosthetic makeup for the 1984 film Razorback.

I’m a Celebrity, which is one of ITV’s most popular productions is back on our screens.

The showwill likely follow the previous format and length, so fans can expect this year’s jungle king or queen to be crowned in the early stages of December.

The show airs every weeknight and on Sundays and will be hosted by the dynamic of Ant and Dec.

Harry Redknappwas voted King of the Jungle on 2018I’m A Celebrity.

Which celebrities are in the line-up?

There are 10 stars are in the 2019 line-up, which includes a wide range of stars who we’ll be watching as they get to grips with camp life.

The celebrities in the famous camp are…

Donald Trump says US wouldnt want NHS if it was on a silver platter...

Zoos and aquariums get access to £14m Government fund to help them feed and...