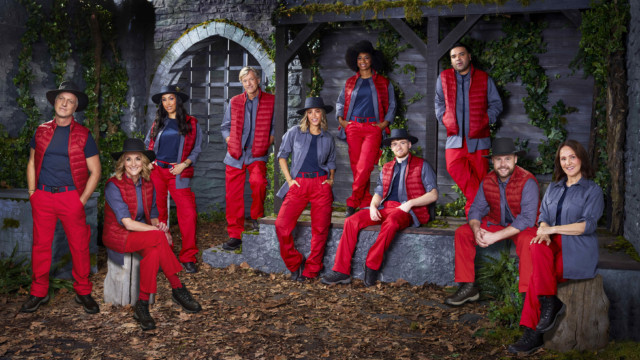 I’M A Celebrity contestants are already feeling the strain of life in the camp, with Richard Madeley rushed to hospital and the show returning to screens after being forced off air due to the storm which leaves fans to predict who they think will win the show.

The bookies already have their favourites on who will be crowned King or Queen of the Castle.

The campmates are being voted off I’m A Celebrity 2021

Every year the campmates are vying for the ultimate title, to be crowned King or Queen of the Castle.

But there can only be one winner, and they must win over the public during the course of the show.

There are 12 campmates who will be doing their best to impress viewers.

We take a look at the latest odds supplied by Ladbrokes.

Emmerdale star Danny has long been linked to appearing on the show and now he is finally giving it a go – and he’s the current favourite to win.

The actor, who is best known for playing Aaron Dingle, has left behind his fiancé Steph Jones and their first child, who was born in October.

He later reprised his role in 2014, but is set to take a break to head to Wales for a few weeks.

Speaking about taking the opportunity to appear on I’m a Celeb, Danny was initially hesitant due to having a newborn.

“I knew my baby would only be about a month old when I went into the Castle. I was worried about leaving the baby with Steph [Jones] on her own but she is a midwife and I know our baby will be in perfect hands,” he said. Footy legend David Ginola is following in a long line of retired Premier League stars taking part in the show.

The 54-year-old from France most notably played for Paris Saint-Germain before moving to Premier League clubs Newcastle, Tottenham and then Aston Villa.

Speaking about his decision to go on the series, he said: “When I got offered the chance to do the programme, I thought, ‘why not?’.

“It’s going to be a great experience and it’s the chance to spend three weeks in the Castle doing things you have never done in your life.” Could Frankie Bridge bet husband Wayne to be crowned winner

Frankie is following in the footsteps of husband Wayne on the show.

The singer-turned-TV star, a regular on Loose Women, is taking part after ITV chiefs are said to have offered her a bumper deal.

Former Chelsea footballer Wayne, 41, finished fifth in 2016, but was ticked off by Frankie, 32, for talking about their sex life.

Now he will be the one watching from home with their sons Parker, eight, and Carter, six, as Frankie sits around the campfire. Louise Minchin could scoop the crown

Not long after HOAR revealed she had been approached to take part in I’m A Celebrity.

She will be going head to her with her old co-star Dan Walker, who is on Strictly Come Dancing this year.

Speaking on joining the show, Louise said: “I have spent the last 20 years immersed in news every single day. For me to not know what is going on in the news is going to be extraordinary.

“Not having access to the phone and not constantly scrolling, looking at everything is a difficult thing to let go of but I am also actually looking forward to it.” Soap legend Simon isn’t even in camp yet, but he is already in the top five to win the show.

The popular star is believed to be a late arrival to the show, as no official picture has been released of him yet.

The actor, who has played the Street’s hapless Steve McDonald for 32 years, is the latest Corrie star to land a place on the show.

What are the other campmates’ odds?

We’ve looked at the top five campmates, but what about the rest?

Here a the odds for the remaining seven celebrities?

The show airs every night at 9pm on ITV.

You can catch up with past episodes on the ITV Hub.

If you have BritBox you can also watch I’m A Celebrity 2020.

Key workers WILL be exempt from crippling Pingdemic isolation rules with list being drawn...

Rishi Sunak on the brink of striking historic G7 deal that will see tech...

Meghan Markle shows off her love of USA with an ‘I love you California’...