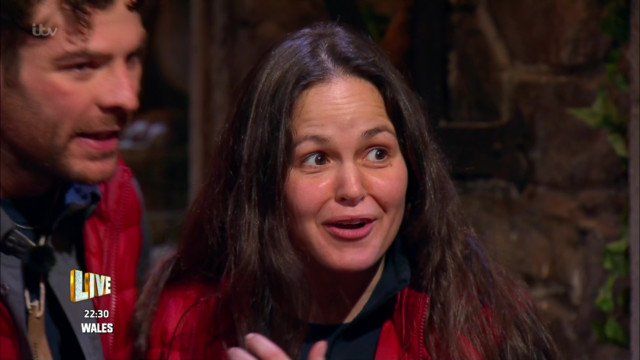 GIOVANNA Fletcher has been crowned the first Queen of the Castle on I’m A Celebrity tonight.

Nine celebs had already been evicted from Gwrych Castle before tonight’s final but Giovanna came out on top ahead of Jordan North and Vernon Kay.

Giovanna Fletcher is the winner of I’m A Celebrity 2020

The winner of I’m A Celebrity… Get Me Out Of Here! has been announced TONIGHT (December 4, 2020).

Giovanna Fletcher has been crowned the Queen of the Castle beating Radio 1 DJ Jordan North and TV star Vernon Kay.

Fans of the show were thrilled that the popular series still went ahead, despite the coronavirus pandemic.

Instead of the Aussie jungle, the stars were staying in Gwrych Castle – meaning this year’s winner was crowned Queen of the Castle (instead of Queen of the Jungle).

As well as Giovanna, Jordan and Vernon, nine other celebs have been voted off the show, and they are: Ant and Dec announced the first ever Queen of the Castle

What is the prize for winning I’m A Celebrity?

ITV don’t pay out prize money for the winner of I’m A Celeb.

Instead they agree a fee to be paid to each of the celebs before they enter the jungle – or castle.

However, popular contestants have gone on to make much more money after the show has ended.

On December 8, 2019, Jacqueline Jossa was crowned the winner of I’m A Celebrity.

Speaking about winning the show Jacqueline said: “I can’t believe I’ve done all that stuff.”

In an emotional moment, she said that she felt the show had been a “turning point” in her life.

Facebook must do more to tackle terrorists and child abusers on its platform, Boris...

Covid graphs show how infection rate is FALLING in more areas across England than...

Shoppers rush to buy bargain £45 cooking gadget from Home Bargains – and it...