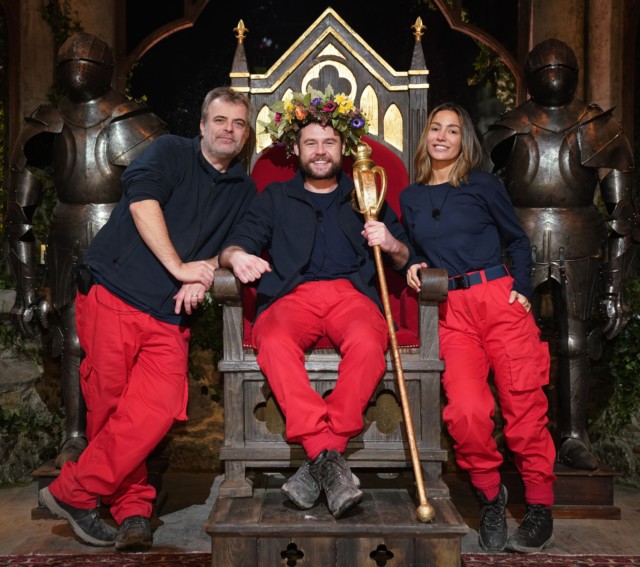 DURING Sunday night’s final, one lucky celeb was crowned King of the Castle.

The 30-year-old star, who is best known for his role as Aaron Dingle on the soap, officially became this year’s King of the Castle during Sunday night’s live final.

Danny reacted to his win:

“From the bottom of my heart and my family’s heart – thank you so much. This is the best thing that’s ever happened to me, bar my son.”

Every year the campmates are vying for the ultimate title but there can only be one winner.

However, it’s not always easy to predict who’s likely to win over fans of the show.

This year, Emmerdale star Danny stormed to victory despite not being the bookies’ favourite to win – leaving some fans insisting that the result was a fix! The actor, who is best known for playing Aaron Dingle, left behind his fiancé Steph Jones and their first child, who was born in October.

He later reprised his role in 2014, but is set to take a break to head to Wales for a few weeks.

Speaking about taking the opportunity to appear on I’m a Celeb, Danny was initially hesitant due to having a newborn.

“I knew my baby would only be about a month old when I went into the Castle. I was worried about leaving the baby with Steph [Jones] on her own but she is a midwife and I know our baby will be in perfect hands,” he said. Could Simon Gregson take the crown?

Soap legend Simon was a hot favourite to win the show throughout the series.

The actor, who has played the Street’s hapless Steve McDonald for 32 years, was the latest Corrie star to land a place on the show.

Simon kept the camp entertained with his jokes and banter.

Gregson’s rarely seen sons were over the moon when they found out their dad survived the first eviction.

The actor, 47 – who is best known for playing Steve McDonald in Coronation Street – shares Alfie, 14, Harry, 12, and Henry Teddy, five, with his wife Emma Gleave.

Simon tends to keep his loved-ones and private life out of the spotlight.

They live in a cosy countryside house near Wilmslow in Cheshire. Could Frankie Bridge bet husband Wayne to be crowned winner

Frankie followed in the footsteps of husband Wayne on the show.

The singer-turned-TV star, a regular on Loose Women, is taking part after ITV chiefs are said to have offered her a bumper deal.

Former Chelsea footballer Wayne, 41, finished fifth in 2016, but was ticked off by Frankie, 32, for talking about their sex life.

Now he will be the one watching from home with their sons Parker, eight, and Carter, six, as Frankie sits around the campfire.,

Many thought the crowning of Frankie Bridge was a forgone conclusion, but the singer ended up coming in third.

Five smart ways to beat the stamp duty cut-off and get property deals over...

Who is Dominic Raab? Is he the Deputy Prime Minister and will he govern...