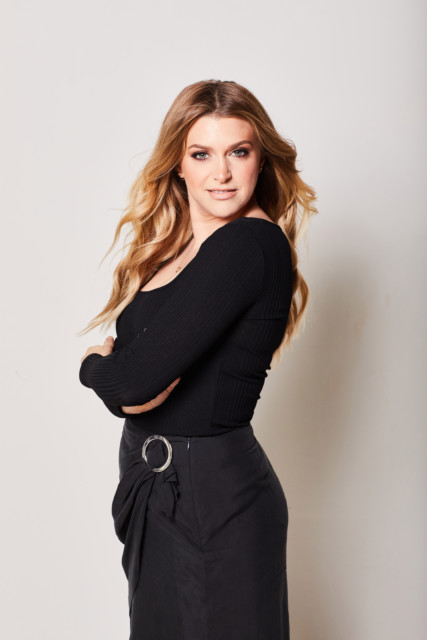 Amid lockdown restrictions, sticking sex-starved singletons together in a £30million mansion was always going to go one way.

Anna Williamson reveals who the most “sexually frustrated” stars are from Celebs Go Dating: The Mansion

Speaking exclusively to HOAR, the show’s love guru Anna Williamson, 39, told that Love Island’s Curtis Pritchard, Made In Chelsea’s Sophie Hermann and Geordie Shore’s Chloe Ferry were the most “sexually frustrated” of the lot.

She said: “I say each and every one of them had a moment of sexual frustration. I mean, I’m sure he won’t mind me saying, but Curtis Pritchard said he was feeling particularly sexually frustrated at certain points in the mansion.

“Chloe Ferry, also, actually, and Sophie. Sophie definitely thought it would have perhaps been a good idea to bring some sex toys into the house – to be able to release one’s own frustration.”

The reveal comes after Anna previously told HOAR: “There’s an awful lot of testosterone and oestrogen flying around that mansion.

“Let’s just say some of them had to give into their urges.” And Anna had another spoiler to share about Ibiza club owner Wayne Lineker.

The 58-year-old Ocean Beach entrepreneur enlisted dating experts Anna and Paul Carrick Brunson to help him stop falling for women less than half his age.

But fans may see the silver fox back at his old tricks on the show. Wayne Lineker may be seen to go back dating 25-year-olds, spills Anna Williamson

The mother-of-two spilled: “You haven’t seen it yet, but we have a little bit of a sticking point with Wayne halfway through the series.

“Wayne very much came into the mansion wanting to date older women and wanted mine and Paul’s help to break his cycle of dating 25 year olds.

“Let’s just say, we hit a bump in the road and Paul and I aren’t very happy.”

But Celebs Go Dating as a TV show was thrown into jeopardy when the lockdown hit last year – as dating was off the cards for the nation due to lockdown restrictions. But Anna revealed that in order to make the series, the Celebs Go Dating team had to take a 90 per cent pay cut.

She said: “I’m really proud of Celebs Go Dating, as a show and as a brand. Because it really is so much more than a dating show.

“I’m really proud that we do move with the current climate and we want it to reflect what is going on in real life as much as we can at that moment. “The Celebs Go Virtual Dating was something that was put together very quickly.

“The television industry last year just flatlined overnight, how can we get the show together?

“And let me tell you that Celebs Go Virtual Dating really was a labour of love for everybody involved.

“Everybody on that production was working on a 90 per cent pay cut. Because the arse fell out of television overnight.

“And we really did put that TV show together pretty much out of true love and grit and sheer determination, and a genuine passion for working with each other and working for the Celebs Go Dating brand.

“But I’m really pleased that we evolved with the situation again for this series and the execs took a massive punt on Channel 4, E4 and online and thought, ‘Okay, how can we film dating in a pandemic?

“‘I know we can’t get them all trotting around bars and restaurants because that’s not safe, and they’re not open. Let’s quarantine everybody and let’s stick it all under one roof and give it a crack.’

“And I’m very pleased that our gamble, I believe, has paid off.”

Did you miss our previous article…
https://www.hellofaread.com/love-island/jack-fincham-looks-thinner-than-ever-as-he-shows-off-six-pack-and-weight-loss-ahead-of-his-boxing-match/