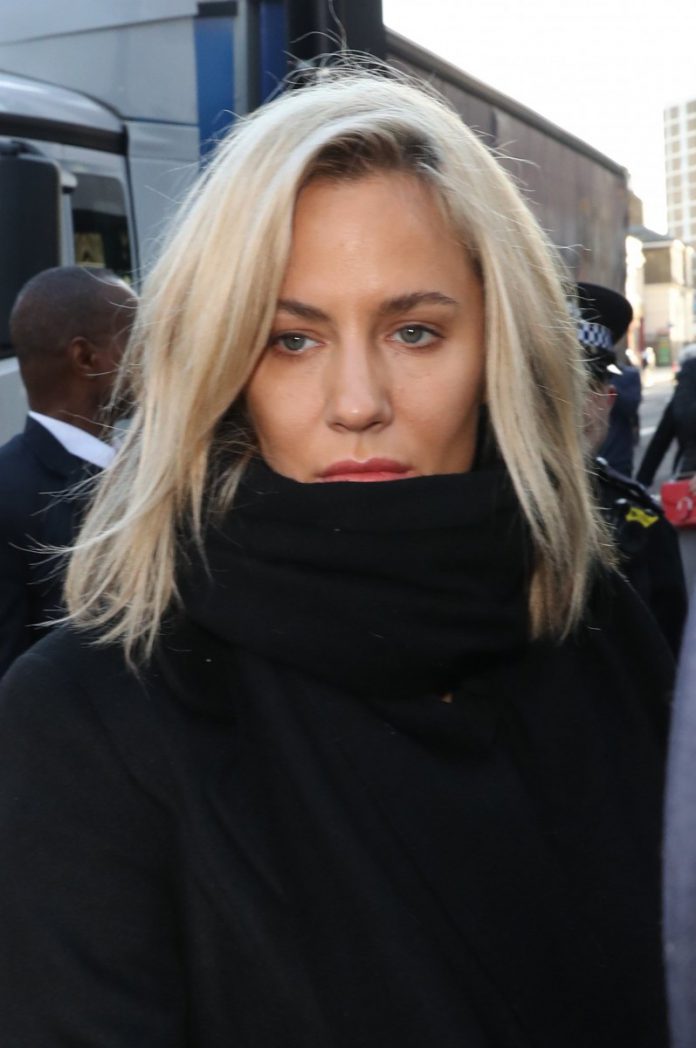 CAROLINE Flack has arrived at court this morning after she was charged with assaulting her boyfriend Lewis Burton.

The ex-Love Island presenter, 40, kept her head down as she was snapped walking into Highbury Corner Magistrates’ Court.

Ms Flack was escorted to the North London court by police wearing a black coat, scarf and boots.

She arrived shortly after her 27-year-old boyfriend was seen outside court in what appears to be a show of support.

Earlier this morning, he was spotted driving away from his flat in Sidcup, South East London.

Ms Flack, 40, was arrested and charged with assault earlier this month after a private domestic incident in her North London flat reportedly involving her 27-year-old boyfriend Lewis Burton.

She is expected to face a short hearing this morning.

Ms Flack shared a heartbreaking message on Instagram yesterday about how she is in the “worst time of her life”.

Ms Flack wrote: “This is the worst time of my life. I don’t know where to go to. Where to look. Who to trust. Or I even am.”

Cops raced to Ms Flack’s Islington home where the couple lived together following reports of a man being assaulted on December 13.

The 5ft 3in star is accused of beating up the 6ft 4in ex-tennis player 10 days ago.

Several officers and police vehicles were pictured outside the ITV2 star’s home following the early-morning row and there were also images of blood on their door.

The TV star stepped down from being the host of ITV’s hit show Love Island after she was charged with assault by beating.

Ms Flack confirmed the news on Instagram saying: “Im glad its Laura she loves the show as much as I do.

“Again, thank you for your messages of support. Its a really rough time but Im doing all I can to keep my head above water and sort this out.”

Lewis declared his love for Ms Flack on Instagram yesterday when she shared a throwback clip of her from happier times.

He wrote on the black and white clip: “I love this girl.”

Oxfam to quarantine donations for 72 hours when its start reopening shops in two...