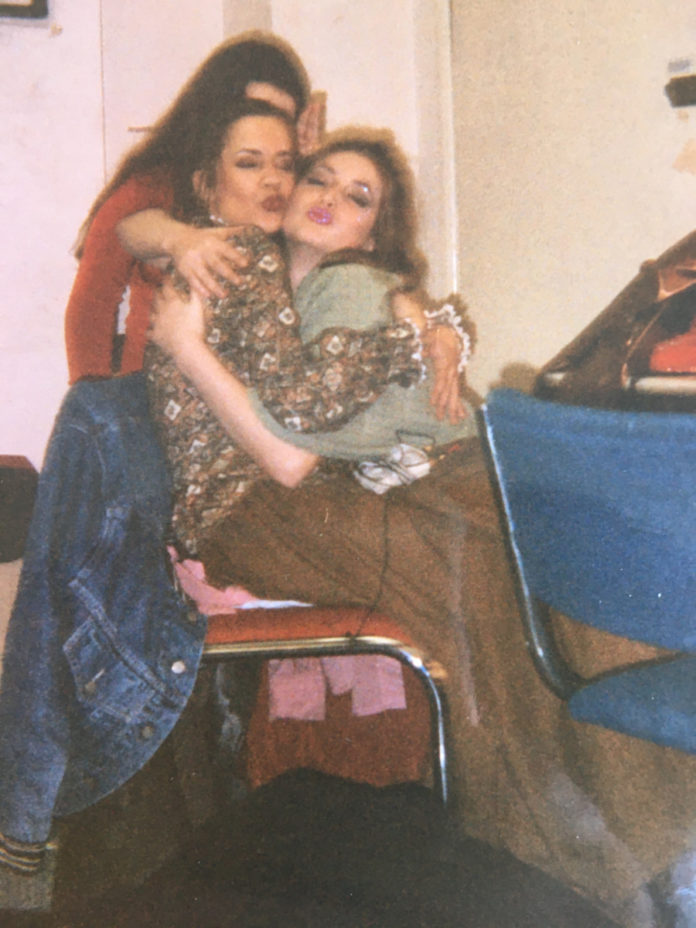 CAROLINE Flacks former flatmate has shared a never before seen image of the star as a teenager as she opened up about the joyful times they spent together.

Bernadette Battom, who went to theatre school with the former Love Island host when she was 16, has spoken about her shock at the star’s death, saying: “She was so full of happiness, energy and drive.”

She spoke to the Sunday People about their time at Cambridge’s Bodywork Company in 1996, where they shared a house with three other hopeful performers.

The 42-year-old explained: “She was so full of happiness, energy and drive.

She was a bundle of confidence and always got picked for everything. We were working so hard we were coming home exhausted, so we didnt go out loads or party.

Caroline knew where she wanted to go and she was focused on that. She wasnt the tidiest housemate but she was very popular.

People were drawn to her.

Caroline Flack’s friend explained: ‘She was so full of happiness, energy and drive’

She revealed she was stunned by the news of Carolines death just over a week ago, insisting: “If you told me back then that this was going to happen, I would never have believed it.”

Her picture, taken in 1996, shows them beaming with happiness while embracing another pal at the school.

They lost touch after graduating in 1999 and Caroline went on to become a huge star.

Just three years after she graduated from Bodywork, Caroline got her break in Channel 4 comedy Bo’Selecta, alongside Keith Lemon star Leigh Francis.

The star with long-time friend Leigh Francis – aka Keith Lemon

Caroline at the Woman Of The Year awards in 2014

The TV star took her own life on Saturday last week, with countless friends paying her heartrending tributes.

Her X Factor co-star Olly Murs wrote: “My heart is forever broken.. Ive lost something today that Ill never ever get back.. and thats you.”

Keith Lemon, who has a range of charity T-shirts with her face on them to raise money for the Samaritans, posted: “Like everyone I was absolutely shocked by the news of what happened to Caroline.

“All the recent events just seemed so unreal. Id been friends with Caroline for many years. Since before telly happened.

The star at the Beauty Awards in November last year

“In more recent times Id not seen Caroline as much as I had years ago, but it was always like old times when I saw her.”

She was due to face trial in early March for common assault after an alleged attack in December on boyfriend Lewis Burton.

The 40-year-old star maintained her innocence, and Lewis refused to cooperate with the prosecution. However, the CPS continued with the case.

Danny Dyer says he was cursed by a fortune-teller who ‘f***ed’ his career’ for...

I’ve hidden behind the same character for 36yrs – it’s daunting to reveal myself...