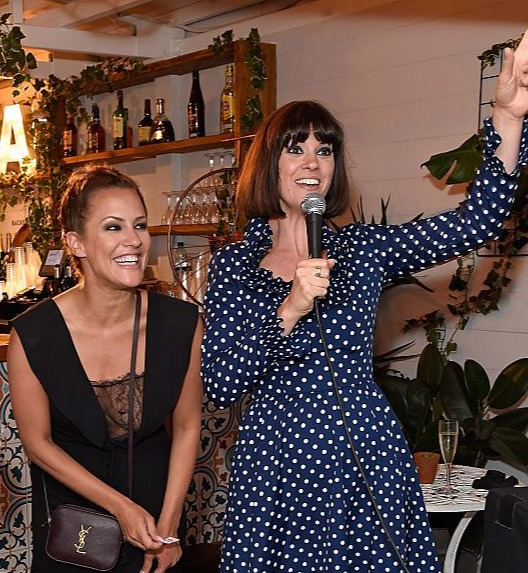 The BBC One show paid tribute to their 2014 champ in last night’s show, with Caroline tragically taking her own life earlier this year at the age of 40.

Caroline and Dawn were good friends

And writer Dawn, 41, took to her Instagram page to honour the TV favourite herself after it aired.

Sharing a photo of Caroline from her winning performance, Dawn wrote in a moving caption: “Gorgeous and impossible to watch all at once. A lovely tribute.

“The thing I replay the most is the moment she sunk to her knees when she won Strictly. I can’t have seen it less than 1000 times.”

The star then poignantly added: “Not many people get to experience that level of joy in their lives and I’m so happy that she did Caroline took home the glitterball in 2014

Strictly fans were ‘in bits’ during yesterday’s tribute, with the show’s stars reflecting on Caroline’s dazzling personality and impressive talent.

Janette Manrara fought back tears as she reflected on the Love Island presenter being “one of the best dancers we’ve ever had”.

She continued: “I’m just so happy that she was able to pick up that Glitterball, and win it – she was amazing.” Judge Bruno Tonioli added: “We will never forget her, we love you by the way.”

Caroline’s professional partner Pasha Kovalev shared: “We saw how she transformed into that beautiful dancer – a dancer with a big heart on her sleeve.”

The show replayed some of Caroline’s most heart-wrenching performances, including her moving routine to a cover of Robbie Williams’ Angels – which her friend Iain Stirling had shared to his socials after news of the star’s death broke this year.

The episode ended with the TV favourite’s photo flashing onto the screen alongside the message: “In loving memory of Caroline Flack.”

Kate Middleton’s nanny is banned from saying an innocent word in front of George,...