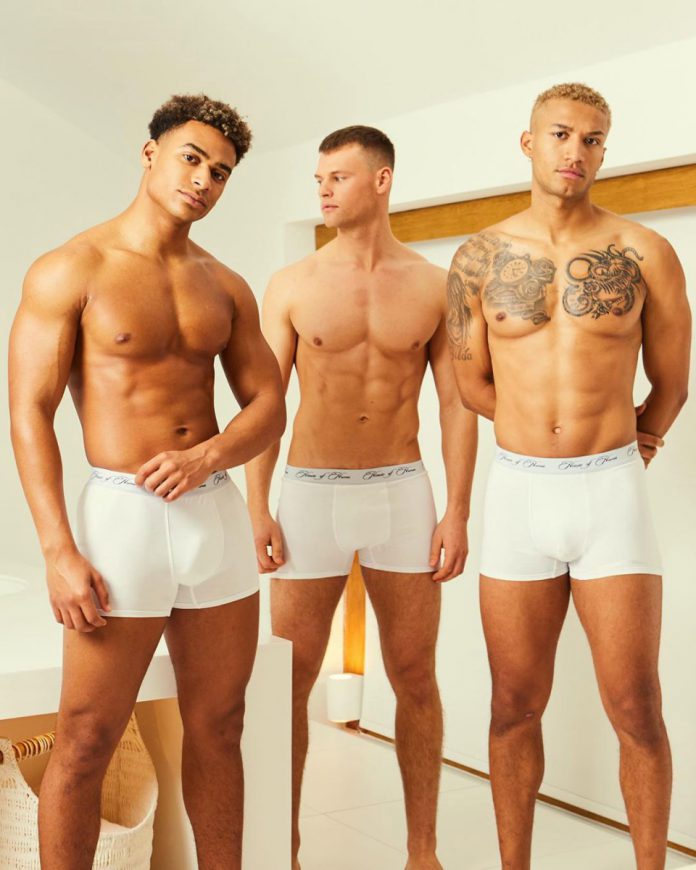 LOVE Island contestants with links to previous show stars are par for the course but Casa Amor newbie Josh Kempton has a more revealing connection than most.

The Sun Online can exclusively reveal the ripped cheeky chap, 21, is good pals with 2019 bombshell Jordan Hames, and even modeled for his clothing brand.

Jordan, who is a model like Josh, owns lifestyle brand House of Hames, which sells everything from branded boxer shorts to T-Shirts.

Josh, who set his sights on Shaughna Phillips after arriving in the Cape Town villa yesterday, has stripped off for the leisurewear range, posing topless alongside Jordan in a sexy shot taken just last month.

Josh uploaded the image to his Instagram page with the phrase: “Only the best of the best @houseofhxmes.”

Another, less scantily-clad snap, saw him posing with Jordan on a night out as he added the words: “Blurred one with the boys.”

The Sun Online has previously revealed Josh’s sheer body confidence as he posed completely naked for a sizzling photoshot.

Meanwhile, back in the South Africa spin-off villa, it seems he could be turning up the heat with original contestant Shaughna, 25.

The pair seemed to hit it off as they chatted in the villa, with Shaughna left upset after Callum Jones, with whom she is paired up with, never left her a gift.

She told the new guys how she didn’t trust the Manchester lad to stay faithful in Casa Amor and promptly branded him an “idiot”.

When the boys, including newbie model Josh, 21, asked: “Do you trust Callum?” she replied bluntly: “No.”

He pressed her: You dont trust him at all? and she again replied: “No” while Alexi Eraclides added: Neither do I.

Later on, he reinforced his words by telling the Londoner he could treat her better, yet she kept coy by replying she wouldn’t just couple up with anyone.

He said: “Im going to lay my cards on the table here, but I think youre super gorgeous.

Your personality is awesome. I think youre great.

I feel like you and me would get along, if youre pretty safe with Callum, I cant rock that.

Prior to entering the show, Josh said he had his eye on “mysterious” Rebecca, as well as “kind-hearted” Jess, yet his head appears well and truly turned by Shaughna.

EastEnders will go off air next month before filming restarts

Im A Celebs Ian Wright screams for his mum in terrifying underwater trial ...