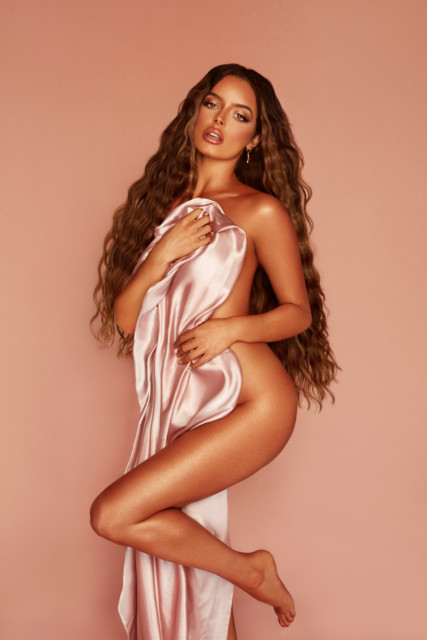 LOVE Island star Curtis Pritchard has reignited his war of words with his ex Maura Higgins by labelling her a cheat and comparing her to a second-hand car and a dog on heat.

In new Channel 4 comedy show Stand Up To Deliver Curtis, 25, takes aim at the Irish bombshell, 30, who he split from last year after they accused each other of cheating.

Maura Higgins has been branded a cheat by ex Curtis Pritchard

In his stand-up routine, which raises money for charity, Curtis told a story about once working in a kennel and how it was the perfect preparation for the ITV2 dating show, likening the girls coming back from rival villa Casa Amor as “dogs marking their territory”.

He said: “Looking back now it reminds me of Love Island because when the dogs are in season they go crazy, there was bitches running around left, right and centre.

“They were trying to ride each other non-stop, it was wild.”

And he joked that girls on the ITV2 dating show are like second hand cars, adding: “You’ve got all these different shapes and sizes in front of you, take it for a spin, take it for a test drive and if you don’t like it, you send it back.”

He also said he likes to drink a smooth whisky, because it’s “trusting, the flavour will never cheat on you…unlike my ex girlfriend”.

He made the comments in new Channel 4 series Stand Up And Deliver, where celebrities are paired with real life comics and have to do a gig raising money for cancer charities.

Asked if the Love Island girls should be worried, Curtis said: “Love Island is in there, absolutely. “There was lots of comedy elements in that. Comedy’s meant to be edgy, pushing the boundaries and at the end of the day, it’s meant to be just good fun and enjoyment for everyone that’s going to listen. That’s the answer I’ll give for that.”

Curtis and Maura split a year after taking part in the show, and he hit back at claims that he was unfaithful to the Irish beauty, after he was spotted kissing Amber Pierson.

Meanwhile, he accused her of cheating on him as she grew close to Dancing on Ice partner Alex Demetriou, who later split up with his wife due to the scandal.