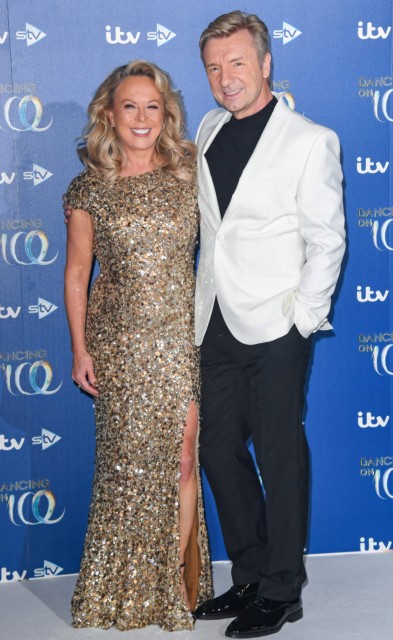 PANICKED ITV bosses have recorded a secret lockdown series of Dancing On Ice specials over fears they won’t be able to film the live shows.

In the wake of Love Island being axed, and amid ongoing questions over Strictly Come Dancing, a spin-off format is in the making.

Torvill and Dean have filmed fall-back Dancing On Ice specials

Torvill and Dean are involved with the project, looking back at memorable moments from the past 12 series.

Previous celebrity contestants – including Gemma Collins, Joe Swash, Jorgie Porter and Wes Nelson – have been asked to share their highlights.

Hosts Holly Willoughby and Philip Schofield are also understood to be involved.

A source said: “Obviously no-one knows when lockdown measures and social distancing will be fully eased – but DOI has become a fixture in the winter TV schedules. “It’s be a hammer blow for ITV to lose it. As such, they’ve filmed some lockdown episodes – working title: Dancing On Ice Specials – to fill that gap, should the live programmes become untenable.

“Chris and Jane have been reflecting on their time on the show, and there will be loads of behind the scenes, never-before-scene clips.

“The hope is that these can be screened on ITV2 as a spin-off if the main series is able to go ahead – but execs don’t want to take any chances.”

News of the specials come after ITV’s Director of Television Kevin Lego revealed Love Island would be postponed until next year.

And no decision has yet been made on BBC’s Strictly, with fears celebs will be unable to train with their partners.

Jessica Mulroney DELETES shot of Meghan Markle with her son at royal wedding after...

Lockdown should be extended towards Christmas if the r rate is still above 1,...