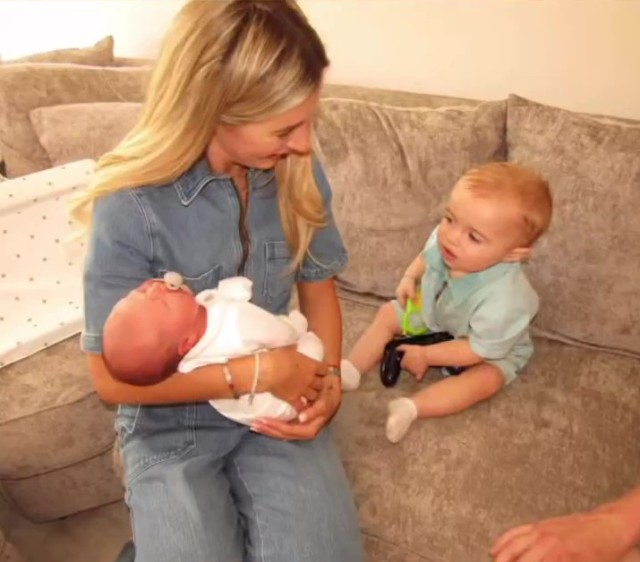 DANI Dyer shared a snap of her cuddling a newborn baby after sparking engagement rumours with boyfriend Jarrod Bowen.

The 25-year-old posted the photo on her Instagram story showing her posing with adorable tot while her son Santiago, one, looked on curiously.

Dani sparked speculation as she shared a loved-up snap with the footy star and captioned it: “You and me forever.”

Dani confirmed she was dating Jarrod to HOAR in October and things have gone from strength to strength since. Within months, Dani admitted she was already thinking about marriage and babies with the 25-year-old.

During an Instagram Q&A the star was asked if she wanted more children.

Jarrod has already become part of the Dyer family and has grown close to life-long Hammers fan Danny.

The EastEnders actor, 44, joked on their Sorted with the Dyers podcast earlier this year that he is “more in love” with Jarrod than his daughter is.

Speaking about Valentine’s Day the proud dad admitted he was extremely pleased to see her in love with the footballer.

“You are alluding to the fact that you’re in love at the moment?” Danny began. “I know you get very shy around this and maybe one day we will discuss it properly.

“It’s interesting I’m probably more in love with your boyfriend than you are.”

He added: “West Ham are my one true love. I think I love West Ham more than anything else on this planet.” Over 3,000 members of Momentum are part of group that plots how to smear...

Katie Price strips off to pose with Love Island star on OnlyFans ahead of...