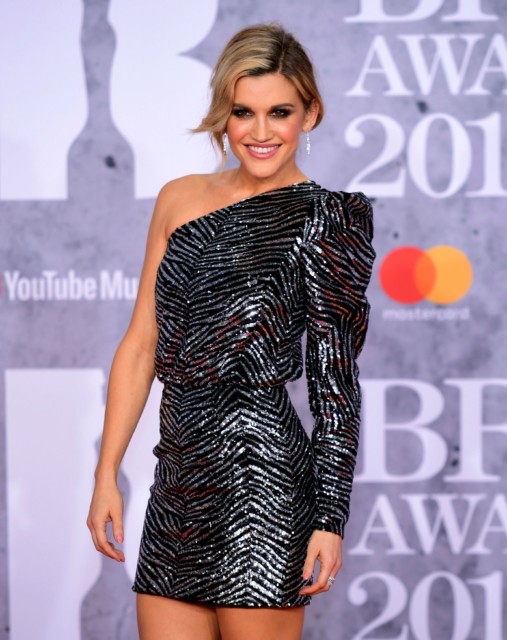 The Britain’s Got Talent judge was in a relationship with the show’s stylist ­— and Caroline Flack’s best friend — Lou Teasdale, before dumping her and setting his sights on the American singer. David, 48, has been single since his acrimonious divorce from supermodel Lara Stone five years ago

David, 48, has been single since his acrimonious divorce from supermodel Lara Stone five years ago.

They have a son, Alfred, six, together.

Last night a source said: “David was really knocked after his painful split from Lara, but is very much looking for love now.

“He had a connection with Lou and they started dating in January. Lou, right, became the primary hair stylist on Britain’s Got Talent, where she met David Yorkshire-born Lou, 36, is one of the most successful make-up artists on the showbiz circuit

“On paper, they’re a slightly incongruous couple, but they had a real giggle before David decided they weren’t a great fit and called time on things.

“He then started asking after a couple of women, and took to Instagram with a vengeance looking for suitable girlfriends.

“One of the women he has messaged is Ashley.

“He thinks she’s gorgeous. He’s sent a couple of flirty messages and hopes to take her out once lockdown is over.”

Yorkshire-born Lou, 36, is one of the most successful make-up artists on the showbiz circuit.

After working on the X Factor, she became the primary hair stylist on Britain’s Got Talent, where she met David.

Lou was with Caroline on the day she died — but had nipped to the shops when the 40-year-old presenter took her own life in February. David has a son named Alfred, six, with ex Lara Covid is a ‘forest fire’ which will have flare ups in Britain for years...

Jacqueline Jossa breaks down in tears at letter from Dan Osborne after cheating rumours...