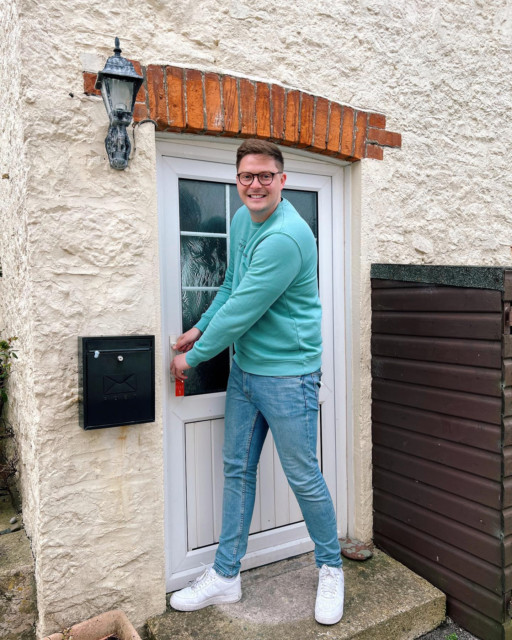 DR Alex George has revealed that he has been threatened with violence after giving a Ukrainian family one of his five holiday cottages.

The Love Island star recently told how he had purchased four properties in the Welsh county of Pembrokeshire and that one would be used to house a Ukrainian family fleeing the war.

But despite many applauding him for the kind gesture, some locals have slammed the star for purchasing the large number of properties.

They also highlighted that people in the area are struggling to find homes themselves due to a shortage and that those buying second holiday homes like Alex push up prices.

Some said that his decision to buy them was “disappointing and upsetting” and criticised him for being part of the problem that locals cannot afford to live or buy a property in their area.

After receiving the backlash, Dr Alex took to Instagram and defended his decision on his story, affirming: “For clarification, because it seems to have caused quite a lot of confusion. “These cottages are a singular converted farm out-house. These are on the land of another residential house.

“There is a good reason why we have opted for most to be for holiday stars and one of which can be for a refugee family and yes, afterwards a local if the family decide to leave.”

The mental health advocate also detailed that he has received threats of violence since announcing the news on social media.

“I appreciate those who have tried to respectfully share concerns about housing the area,” he added.

“Sadly, I have received a number of threats of violence which is never acceptable. Let alone abuse.”

In a show of defiance, Alex created a new Instagram page for fans to follow along the journey.

The account, which has already raked up more than 75,000 followers in less than 24 hours, has been showered with praise by fans.

Alongside an emoji of a heart, one person penned: “You are amazing. Honestly, you are a true influencer.” But his kind gesture has ruffled the feathers of Pembrokeshire locals

Who is Koo Stark and where is she now? Prince Andrews ex-girlfriend, actress and...

MILLIONS of elderly and vulnerable people to be ‘shielded’ at home for 12 weeks...