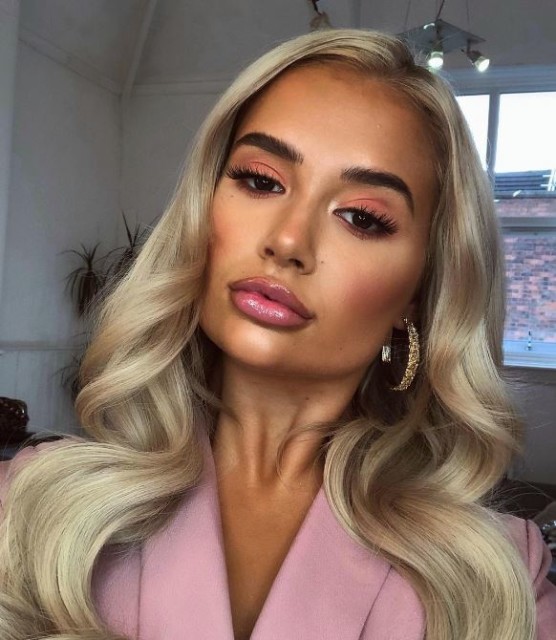 LOVE Island star Molly-Mae Hague has revealed that fans have “cried their eyes out” when they meet her after she dissolved her lip filler.

The PrettyLittleThing creative director – who faced the music for her controversial comments about poverty and wealth last week – told The Diary of a CEO podcast about the emotional reaction she gets in public.

Molly-Mae, 22, opened up about having her lip and face fillers dissolved to podcast creator and Dragon’s Den star Steven Bartlett.

“I literally felt the prettiest I’d ever felt once it had all gone,” the ITV2 reality star, who won Love Island alongside boyfriend Tommy Fury, could be heard saying.

She added of having her face and lip filler dissolved: “I didn’t realise how much respect that would get me, I didn’t do it for respect, I did it for myself.

“I didn’t do it for anyone else, I did it because I knew that I needed to.”

Molly-Mae went on to reveal that her having her filler dissolved impacted some fans so much, that they “cry their eyes out” when meeting her.

“I actually had a mum come up to me when I was visiting Hitchin with my mum, she came up to me in the street crying her eyes out,” the influencer detailed.

“[She said] she was so grateful to me for doing what I did with my filler because she’s so happy about the effect it had on her children.

“My mum started crying. It was all like emotions. My mum, when the woman walked away for us, said ‘I’m so proud of you’.”

She concluded that she “didn’t realise the effect it would have” on “so many people” before going on to talk about her role as creative director at PLT.

Last week, Molly-Mae sparked outrage from fans over her “tone deaf” remarks about poverty and success which were shared to social media.

Molly had told host Steven Bartlett that “we all have the same 24 hours in the day” while discussing work ethic and opportunities.

But many listeners blasted the comments calling them “tone deaf”.

After receiving backlash for her comments, Molly finally addressed the fallout and issued an apology on Monday night after staying off social media for four days.

Molly wrote on Instagram in a formal apology: “When I say or post anything online, it is never with malice or ill intent.

“I completely appreciate that things can affect different people in different ways however I just want to stress that I would never intend to hurt or upset anyone by anything that I say or do.

“I apologise to the people that have been affected negatively or misunderstood the meaning of what I said in the podcast.

“The intentions of the podcast were only ever to tell my story and inspire from my own experience. Love to you all, always.”

The star is already on board as creative director of fast fashion brand PrettyLittleThing, which was sealed last summer for a seven-figure sum.

A source told HOAR Online: “Molly’s range with Beauty Works was a bestseller so she’s signed on with them until winter 2022. The deal is worth seven figures.”

No10 ditches plan for fines for Brits who don’t swap dirty boilers over –...

Two MPs caught trying to steal valuable furniture from offices before being thrown out...