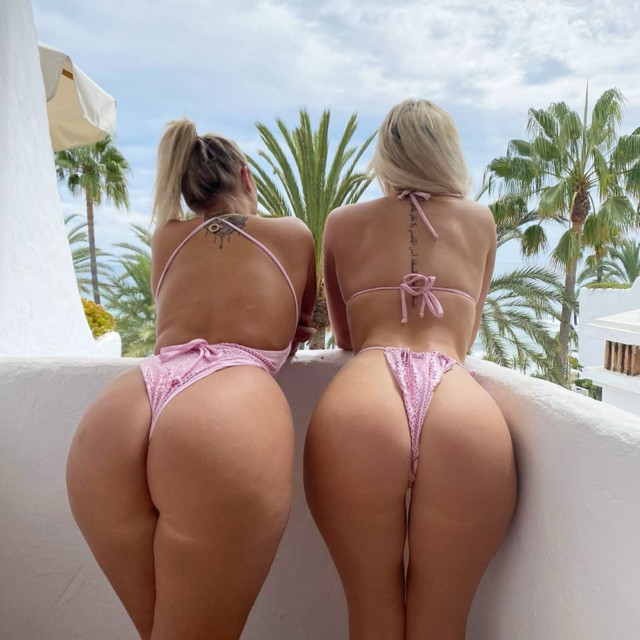 CELEBS are posing up a storm on their balconies after nights out were banned during the pandemic.

The beauty brigade are dressing up for all occassions at home – giving fans a rear-ly nice view on Instagram.

Reality stars like Kim Kardashian and Charlotte Crosby have twigged they don’t need to travel far to deliver sizzling photos to fans.

Love Islanders are also among the culprits who’ve set the trend, with Gabby Allen, Anna Vakili and sexy twins Eve and Jess Gale guilty as charged.

The stars have slipped into bikinis but instead of venturing abroad, they’re sliding open their double-glazed doors to pose for pics on their balconies.

Celebrity bums are now constantly popping up on our feeds. The sisters love to pose on their balcony in skimpy bikinis Gabby Allen shows off her toned figure and gorgeous curves Kylie Jenner all dressed up at home

But instead they’ve stepped outside for some fresh air and a quick snap of their rears – sending fans wild. She asked her 200 stockists about their customers’ favourite bums to create a booty map of Britain.

US personalities Jennifer Lopez, 50, Beyoncé, 38, and Kim Kardashian, 39, were among those with the most desirable derrieres. Ministers rushing emergency law through by February 27 as next terrorist due for...

Russian hoaxers former pranks include posing as Putin in chat to Elton John and...