LOVE Island star Gemma Owen, 19, has revealed she’ll be returning to her everyday job after her show stint.

The brunette beauty took part in a Q&A with her legion of followers when she made the revelation that she’d return to her job.

The star rose to fame on the hit ITV2 reality show

Despite finding fame on the hit reality show, Gemma was asked if she’ll be continuing to do dressage by one fan.

She replied: “The short answer is yes, I’m definitely going to be carrying on competing.

“At the moment things are obviously still up in the air so I can’t wait to get back into a normal routine but it’s something I’ve been training in forever so I’m not going to stop.”

The daughter of footballer Michael Owen also opened up on other plans she has since leaving the villa.

“I’d love to scale up my business and maybe get some help and an investor, and with this side of things look at TV opportunities, continue working with brands and just grow,” the star shared.

Gemma has made her passion for riding no secret, and showed off her skills after returning home from Love Island, as she circled round the HUGE training ring.

Gemma’s horse Sirius was seen kicking his legs and walking diagonally across the sand-filled area, enclosed by large fences and a tall tin roof.

She revealed the huge riding facility, which also includes a stables for her beloved horse Sirius, in the background of the minute-long clip.

The Love Island runner-up has her own stables at the £4million home, owned by her footballing legend dad Michael, 42, and mum Louise.

The reality TV star has previously showed off the stables, which she shares with brother James, 16, and sister Emily, 14, and Jessica, 12.

The star even let her boyfriend Luca Bish, 23, watch her riding her beloved horse.

The former villa star appeared completely confident as she trotted on the 17-year-old Stedinger gelding.

Alongside the clip, Luca added a snippet of a previous conversation between him and Gemma on Love Island.

The video showed the pair relaxing in the villa as they discussed their plans for the outside world.

Luca asked: “What’s the first thing you want to do after seeing your family?”

Luca added: “Will I be able to come with you?” 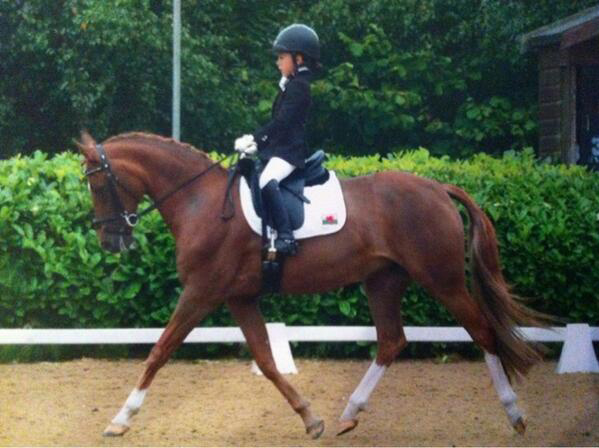 Gemma has been riding from a very young age

Shane Richie signed for I’m a Celeb after £100,000 Christmas panto role was cancelled

Unite union opens hotel with firm fined 71,000 for failing to pay staff the...