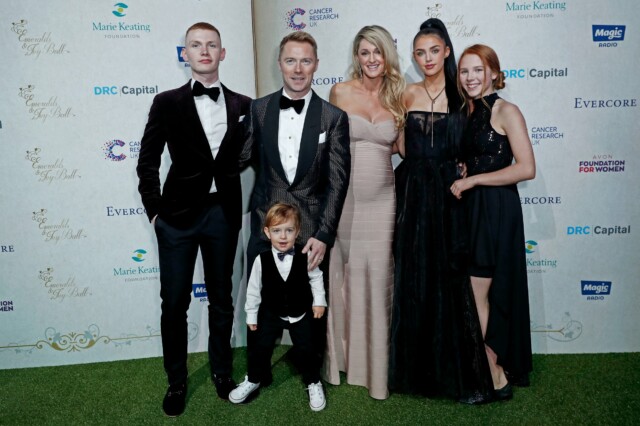 But how many other children does he have? Here’s everything you need to know about the singer’s family life.

Keating has three children with his ex-wife Yvonne Connolly – they split in 2015 after 14 years of marriage.

The former couple’s children include their eldest son Jack, 23 – who starred in Love Island 2022 when he entered Casa Amor.

Jack was booted off the popular ITV show after failing to couple up with any of the fellow islanders – and therefore didn’t make it in to the main villa.

Missy was originally scouted for Love Island before her brother Jack was asked to appear on the show as a 2022 bombshell.

Storm who was born in Childers, a town in the Wide Bay-Burnett region of Australia – was born Sharyn Storm Uechtritz.

The couple met when Keating was working on the Australian version of The X Factor in September, 2012 – during that time Storm also worked on The Apprentice Australia and The Voice Australia.

The pair married in 2015, in Edinburgh – where their eldest son Jack was the best man during the nuptials.

In 2016 the then newlyweds announced they were expecting their first child together.

What is Ronan Keating’s net worth?

According to CeleWorth.net, Keating’s estimated net worth is around £28.8 million.

The website claims the former Boyzone member earns around £4.8 million per year.

CelebrityNetWorth also has Ronan’s net worth valued at £30 million.

It’s time to clear the clutter and we share top tips for reorganising your...

Meghan Markles half brother begs for end to family feud saying shes only a...