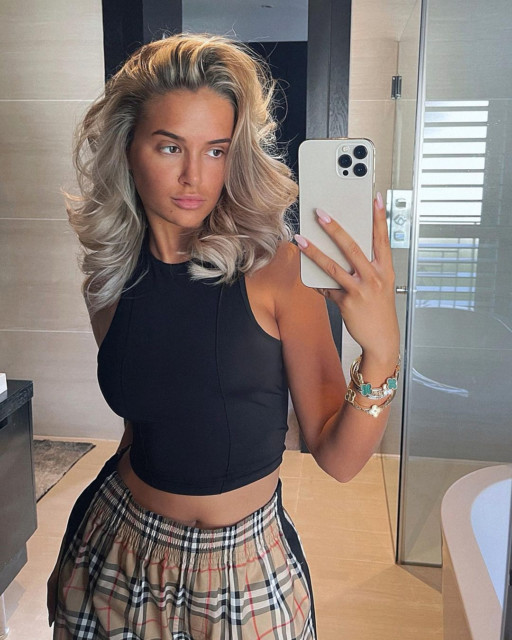 MOLLY-MAE shot to fame on Love Island and since then has become a millionaire, thanks to her lucrative deal with Pretty Little Things.

But now the 22-year-old Influencer is in the spotlight for all the wrong reasons, and it has cost her dearly in followers on social media.

How many followers has Molly-Mae Hague lost?

In January 2022, a podcast which Molly-Mae did in early December 2021 resurfaced and caused outrage amongst her followers.

The backlash that followed has seen her following on Instagram plummet.

Her following stands at just over 6M.

What did Molly-Mae Hague say?

Speaking on The Diary Of A CEO with Steven Bartlett, Molly-Mae said we all have “the same 24 hours in the day”, and “if you want something enough, you can achieve it”.

“But, technically, what I’m saying is correct. We do.”

There was a huge backlash to this story, with fans calling her “tone deaf”.

In a statement via her Molly-Mae responded to the backlash, saying: “Molly did a podcast interview in December about her own rise to success.

“If you listen to the full conversation and interview Molly was asked about how the nature of her potential grows and how she believes in herself.

“This part of the interview was discussing time efficiency relating to success.”

This has helped to boost her bank balance considerably.

She is believed to have a fortune of around £2M.

Pingdemic chaos as minister says you DON’T have to legally isolate when pinged by...

Who is Imen Siar? Britain’s Got Talent star from Croydon

Brits will NOT be handed immunity passports once they have Covid jabs, says new...