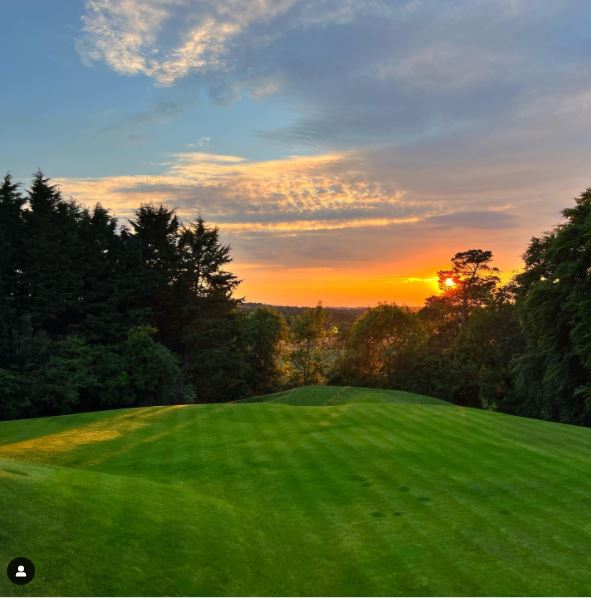 But back at home, the 23-year-old is used to a similarly glamorous lifestyle thanks to his dad and wife Storm’s dream home, which the couple have been building for their family from scratch.

Storm, 40, revealed that she and Ronan, 45, had spent the weekend hard at work on the old property, that needed ripping down and re-building.

The home – which the couple share with Ronan’s children, including Love Island star Jack, also features a HUGE blossoming garden.

Taking to social media to show off the transformation to their fans, Storm revealed last month how they’d been working hard to “clean up the grounds” surrounding the family home.

She wrote:  “A very labour intensive weekend cleaning up the grounds, breaking out concrete, installing water taps and shovelling all sorts of unpleasant stuff.

“Every bone in my body is throbbing, but standing here and looking out at a sunset, knowing that you and your hubby created this home and not just with grit and determination, but our own hands too.

“Feeling really proud of what we achieve together day in and day out – the stuff people don’t see.

“Very unglamorous yes, but very real and humbling also. My hubby is a legend, he will pull up the socks and help me do whatever it takes – today I had him driving a digger.”

She added that he was about to set to head off on his UK and Irish tour tomorrow as she thanked him for helping.

“I love that together we are building this home for our family brick by brick and skip by skip,” Storm added.

The couple first purchased the home back in 2016 but made the decision to knock it down and start again after being told that the plumbing and electrical would need replacing, and that the structure was shoddy.

The new structure went down in 2019 and they have been working on it since then.

Ronan and Storm had been living in another property while the project was ongoing, but found themselves at loggerheads with their cleaner who claimed they refused to pay a £500 bill.

Ronan’s eldest son Jack, who he shares with ex-wife Yvonne, is among the six new boys who joined Love Island last week.

Ronan and Yvonne split in 2015 and the singer then had two children, Cooper and Coco, with current wife Storm, and also live in the family home alongside the singer’s other children Missy and Ali. The couple have been working on their dream home for years The couple bought the home in 2016 and demolished it I tested supermarket hash browns – one tasted the same as a McDonald’s one...

Prince Andrew now has no choice – he must give a full statement to...

From a flatulent bulldog to a cat who wants to go for walks —...