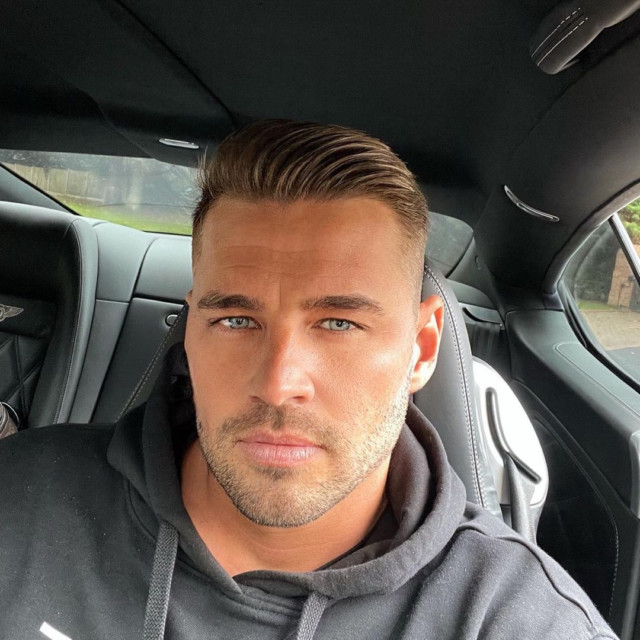 KATIE Price’s fiance Carl Woods has hit back after a fan said he should be “off social media looking after Kate”.

The mum-of-five, 43 – who has been dating the Love Island star since June 2020 – checked into The Priory after her “drink and drug crash” last month.

Carl, 32, has been keeping himself to himself while Katie is in rehab.

Yesterday the reality star shared a selfie of himself sitting in the car with his 219k followers on Instagram.

He captioned the post: “Fresh faced the beard is gone

And while many admired his new look, one user wasn’t impressed with the fact he was sharing pictures with fans, while his fiancée is seeking help.

They wrote: “Attention seeking for comments of woman when you should be of the social media looking after Kate if you ask me private life is the best life.”

Carl clapped back: “You have no idea how well I look after Katie actually. Anyone with half a brain can see that.”

Many of his followers rushed to the comments section to show their love and support.

One wrote: “Ignore the haters. Carry on doing what you are doing

Another commented: “Please ignore the haters. They know nothing at all.”

A third added: “Don’t explain yourself to anyone!! It’s between you and Kate x.”

On Tuesday 28 September, Katie was rushed to hospital after she managed to flip her BMW on a country road near West Grinstead, close to her home in Horsham, West Sussex.

The star – who is understood to be banned from driving – was filled with drugs and booze at the time.

Police at the scene arrested the 43-year-old for alleged drink-driving.

She later pleaded guilty to three charges of drink-driving, driving while disqualified and driving without insurance.

Katie is due back in court on December 15. Katie and Carl got engaged in April 2021 The pair started dating in July 2020

Did you miss our previous article…
https://www.hellofaread.com/love-island/danny-dyer-slams-daughter-danis-exes-as-tts-in-furious-rant-after-sammy-kimmence-was-jailed/

Win a Sony PS5, Jurassic World Evolution 2 and a ton of themed merch...

Jeremy Corbyn reads out mean tweets about his magic money tree and one calls...