The 17-year-old son of Katie and Peter Andre sported a white tracksuit for his evening out. 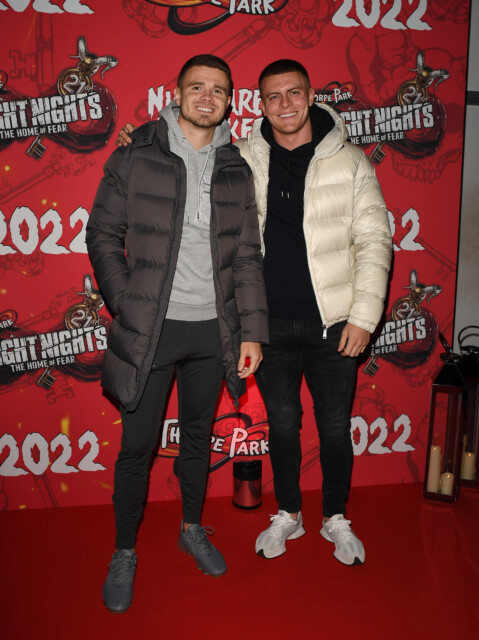 There were Towie stars in attendance

Junior joined the reality stars in celebration of Fright Night’s 21st birthday – which saw the celebs enjoy an evening of ghosts, ghouls and jumpy experiences ahead of Halloween.

Junior’s appearance comes after the teenager was mobbed by fans while performing to a huge crowd last month.

The musician uploaded a video of him interacting with the screaming crowd, sending them wild while giving out roses.

His debut track Slide was released last month and shot straight to the top of the charts, even outselling Lady Gaga.

Dad Pete was ecstatic too writing: “What a start. Wow son,” and mum Katie wrote she was “so proud” of her boy.

Junior had been teasing his track on TikTok for weeks – where clips of the song have garnered over six million views.

In support of the up-and-coming music artist at his single launch was rapper and comedian Big Narstie, who was among those in the crowd for the performance.

Princess Andre declared herself “so proud” of her older brother Junior as he performed his upcoming single for the first time.

Pete and Junior were recently spotted taking to the red carpet as they posed for photos at a charity bash, as Pete told HOAR: “It’s an honour to be here with my boy. It means so much to me.”

Peter – who was hosting the arrivals and interviewing some of the celebrity guests – posted with Junior in an Instagram video.

He then turned to Junior, who was wearing an all-white suit, saying: “And it’s your first ever.” 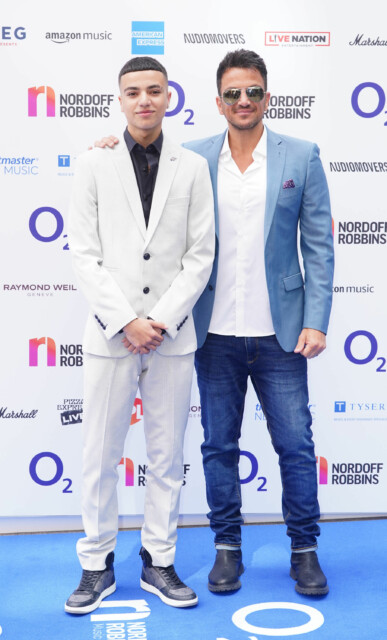 Junior was recently spotted on the red carpet with dad Pete

Prince Andrew and Sarah Ferguson seen driving in Windsor as he faces losing his...

Thousands of rough sleepers will be offered a roof over their heads following multi-million...