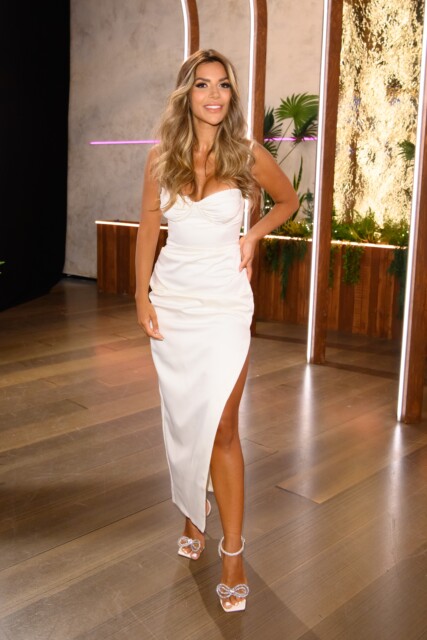 WHAT is the most natural step after winning Love Island?

Becoming like actress Michelle Keegan, according to this year’s champ Ekin-Su Culculoglu.

Ekin-Su wrote ‘She is really fit, but then she is so classy’

In yet more bombshell messages sent to pals, she claims she wants to reinvent herself and be “classy” – like the former Corrie star.

Ekin-Su, wrote: “I really want to be that girl who is classy, like Michelle Keegan.

“She is really fit, but then she is so classy.

“I want to be like Michelle Keegan, literally, that’s how I want to portray myself.”

But class doesn’t seem to be something that comes naturally to her as she’s been sucking on sour grapes about previous Love Island winners.

As we revealed last week, Ekin-Su sent a tirade of abuse to pals about Millie Court – slamming last year’s winner as “dry” and the previous series as “boring”.

Actress Michelle, who is married to ex-Towie star Mark Wright, has established herself as a TV darling and rakes in £2.5million a year.

Ekin-Su is hoping she can make the jump into a British telly career using her past as a Turkish soap star.

It’s not that far-fetched an idea as Love Island host Laura Whitmore has managed to get herself cast in West End horror play 2:22 A Ghost Story.

Guess having talent isn’t everything any more.

EastEnders spoilers: Jean Slater in DANGER as she vanishes during manic episode; plus Emmerdale...