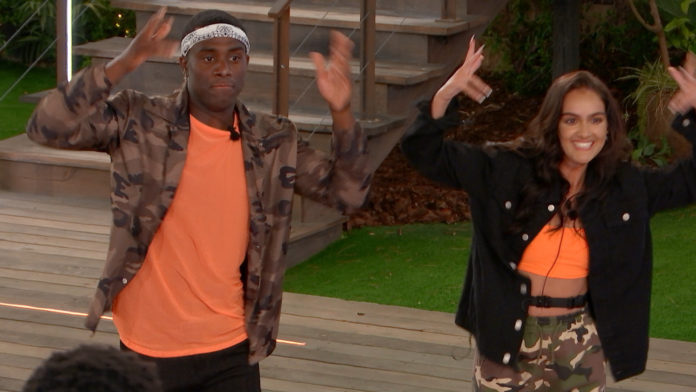 LOVE Island has been extended again tonight as the ITV2 show prepares to air the penultimate episode of the first winter season.

Fans will get an extra five minutes on Friday, as the Islanders are joined by their family and friends in the villa.

Will Luke Trotman and Siannise Fudge win the 50k?

The episode will see the Islanders’ families get to meet their new partners, with Paige Turley and Finn Tapp, Siannise Fudge and Luke Trotman, and Mike Boateng and Priscilla Anyabu all introducing their parents to their official boyfriends and girlfriends.

Viewers can also expect a final dumping, with the app opening at the end of Thursday’s episode for fans to vote for their favourite couples.

The final episode, which will air on Sunday 23 February, will usually see four couples compete for the 50,000 grand prize.

Siannise and Luke T are favourites to win the first winter series, with Paddy Power offering odds of just 4/9 for the pair to take the top prize.

The Sun Online revealed the Gale twins will be reunited in the villa as 20-year-old student Eve has jetted back to South Africa alongside the Islanders other family members.

A source explained: Eve has missed Jess so much, so she jumped at the chance to come back and see her before her time on the show is up.

TV bosses think it will be a really heartwarming moment and a nice treat for viewers who have stayed with the show since the start.

Jess is in a relationship with Ched Uzor, 23, who has been told he has to get the seal of approval from sister Eve before they can be official.

Epstein sex slave who claims Prince Andrew groped her breast is ready to give...