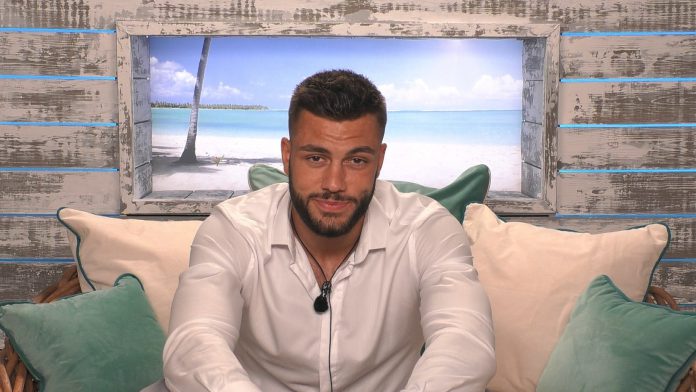 LOVE Island viewers are convinced Finn Tapp is lying to Paige Turley to get airtime after he denied being interested in Rebecca Gormley.

The footballer, 20, told the Beach Hut that his head was “scrambled” after a one on one chat with Geordie lass Rebecca.

But when Paige directly asked him if he was interested in the beauty queen, he replied with a firm “no”.

Earlier in the episode Finn got to know Rebecca better in the garden.

When she asked him how he felt about getting to know someone other than Paige, he said: “If a new girl were to come in who had an interest in me, I would definitely see that through, get to know her and everything.”

And he went even further, telling Rebecca: “I’m more than happy to get to know you and see where we go from there, maybe the risk is wrong, whatever?”

Paige just wants to know where she stands

Then in the Beach Hut Finn made it clear the brunette had had a big impact on him, calling her “unreal”.

He said: “Rebecca is certainly an absolute, well I can’t say too much, she is unreal and I certainly would say I came away from that conversation and my head is a little scrambled.”

In a bid to keep Paige up to date with his feelings, Finn told her: “I will certainly get to know her [Rebecca], not to say I’m not happy with the way we are going, obviously it has only been a couple of days.

“I think it’s going well in my opinion. I think it’s a sensible thing to do after a couple of days with us.

“I wouldn’t do any shadiness, of course I will keep you in the loop.”

Finn said his head has been ‘scrambled’ by Rebecca

However, things ramped up a notch during a chat with pal Mike Boateng, with the sportsman admitting Rebecca is his type.

He explained: “I would say she’s definitely someone on the outside, mate, I’d probably go for but I am pretty happy with Paige.

“If Rebecca wants to get to know me a bit more, I think I would, just to explore it and see.”

As if her ears were burning, Paige sought him out and grilled him once more.

Back-peddling on his previous comments, Finn replied: “No, no. I wanted to get to know her as I didn’t want the opportunity to pass without getting any reassurance from you and then f**k myself over.

“So no, now I have had some reassurance from you, I’m happy.”

Viewers were furious that he lied directly to her.

One wrote on Twitter: “FINN IS LYING STRAIGHT TO PAIGES FACE.”

Another posted: “Now Finn why the hell you lying

Now Finn why the hell you lying