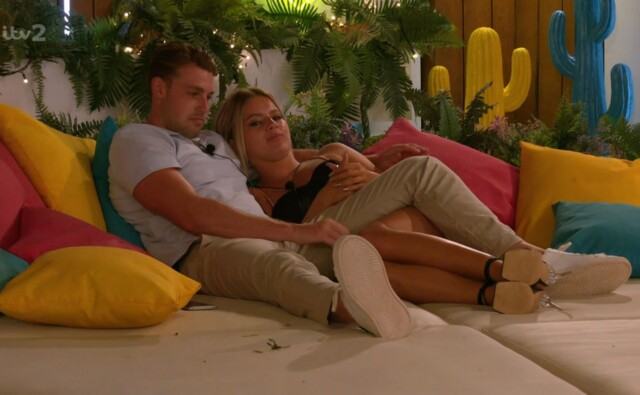 Dancer Tasha, 23, and estate agent Andrew, 27, got together in the first week of the hit ITV2 show and they finally made their relationship official last week.

Tasha discussed marriage with Andrew after only seven weeks

After a rocky few weeks, the pair seem to be smooth sailing and tonight they opened up about their future together.

“I’m not, I’ve got this finger as well,” Andrew replied.

She then quizzed her beau saying: “What would you do if I wore a black wedding dress?”, with Andrew saying she would look “unreal”.

But a surprised Andrew replied: “Babe steady on…you’ve got at least four years.”

The professional dancer added: “I’m pretty sure you’d do it sooner than that.”

But Tasha was convinced he would propose sooner than three year leaving Andrew stunned.

Viewers were called out the couple as “fake” as they discussed marriage after knowing each other for only seven weeks.

One wrote: “Tasha’s desperate to get to that final man. I don’t believe her “emotions” for one second.”

Another said: “Tasha faking her relationship all the way to the final.”

Another said: “Tasha and Andrew talking about marriage? really.”

“Not Tasha and Andrew talking about marriage, sounds fake to me!” someone else tweeted.

Another added: “Tasha become a little to cocky Andrew looking like umm I mean you are my dream girl…but he hasn’t tasted fake yet. And judging from casa.”

It comes after Tasha’s dad brok his silence on Andrew cheating with bombshell Coco Lodge in Casa Amor.

Despite Andrew brief romance with Coco Lodge, her dad Tarek has given his thumbs up to Andrew recoupling with Tasha insisting the relationship is “flourishing”.

He told HOAR: “I think Andrew seems like a nice guy, he’s genuinely got respect and feelings for Tasha, despite what happened in Casa Amor.

“And they both had those incidents with other people, but that’s the nature of the programme, to explore what could be.

“And they’ve done that and they’ve come back and gravitated back to each other.”

He continued: “The relationship is flourishing, they’ve been against all odds and have come back and have clearly a connection, it just took a while to get there.

“And they had to test each other a little bit, as you do in normal life. So, yeah. Seems to be flourishing now.” 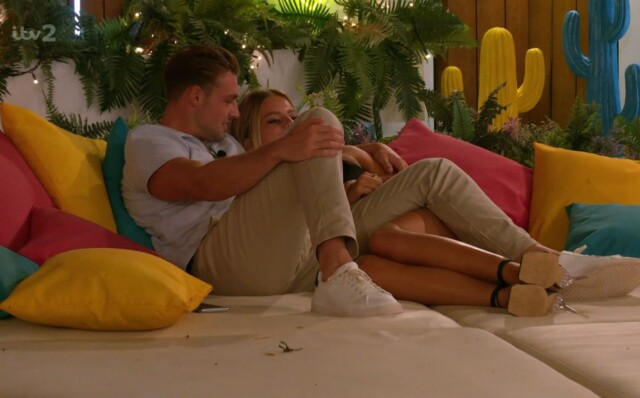 As Matt Hancock signs up for I’m a Celebrity – MPs’ most bizarre reality...