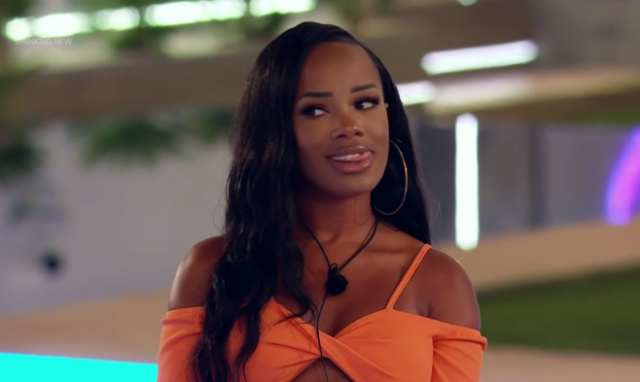 LOVE Island viewers were left fuming as tonight’s episode ended on a massive cliffhanger – with Brad and Chuggs’ fate hanging in the balance.

New bombshell Rachel got to know both single lads in her first hours in the villa as she tried to discover which was the best match for her.

The beauty kept her cards close to her chest all episode and now fans will have to tune in tomorrow night to see who she decided to couple up with.

Viewers had been building themselves up for a dramatic dumping all weekend, and the delay left many frustrated.

One wrote on Twitter: “Can’t believe #loveisland think it’s acceptable to leave us now 72 hours without knowing who tf she sent home????? Grow up.”

Another vented: “Why make me wait. Kmt #LoveIsland.”

While a third posted: “Nah i hate love island wtf is that cliffhanger.” Chuggs was up for the challenge Brad worked hard to woo her Luxury travel specialist Rachel, 29, caught the boys’ eyes when she made her arrival in the villa.

But when asked who she liked the look of, she wouldn’t be drawn. Chuggs wasted no time in getting to know the new girl Chuggs admitted he is interested in getting to know Rachel

“With the guys here, who has caught your eye?” Rachel was asked upon arrival by fellow islander Kaz.

“That would be telling,” she said, before being swept away for a chat by Chuggs, who wasted no time dishing out the compliments.

“You’re super confident – I like it. You’re feisty,” he told her, desperately trying to win her over ahead of the recoupling.

“I am. Why not be confident? What is the worst that can happen?” Rachel responded, before putting her new date on the spot. “Do you find me attractive or are you only grafting to keep yourself safe?” she brutally asks Chuggs, 23.

Later, Brad pulled Rachel aside for a chat – with the pair discussing the sort of partner they’re looking to find in the villa.

Suggesting Rachel is the one for him, Brad teased: “That’s why I started laughing when I saw Jake looking at me.

“Jake said, ‘I couldn’t even see her and I could tell she was your type because of your reaction’.” Meanwhile, she also took time getting to know Brad

Clearly impressed with them both, both Brad and Chuggs continued their mission to get to know Rachel the following day.

“You seem like you’ve settled in well. You’ve got a really nice calm demeanor about you,” Oxford Brookes graduate Chuggs said.

But once again, Rachel kept her feelings hidden hinting there “is no person she doesn’t get along with” and feels she’s friendly “with everyone”. Rachel will have to decide between the two single boys

Desperate to win her over, Brad took his chances by planting a kiss on Rachel’s lips during the Undercover Lover challenge.

“It was an alright kiss considering the situation we’re in,” he told cameras after the intimate lip locking.

But despite his efforts, all is not won yet.

“I want to get to know Chuggs,” she revealed in the Beach Hut, with Chuggs expressing desires for the same, calling her “energetic” and “electric”. Brad tried to win her over with a kiss

“I can definitely see myself getting on with her so well,” he said, as Rachel’s time to decide on a partner draws ever closer to being up.

“This has not been easy in the slightest. I think you’re both amazing guys in every single way. I can’t fault either of you for absolutely anything,” she later told them both at the recoupling.

Rachel can choose only one… so what will be their fate?

Did you miss our previous article…
https://www.hellofaread.com/love-island/joel-dommett-will-host-most-brutal-dating-show-ever-on-channel-4-where-rejects-get-dumped-through-trapdoor/

Genius PS5 trick lets you fit even more games on your console without having...