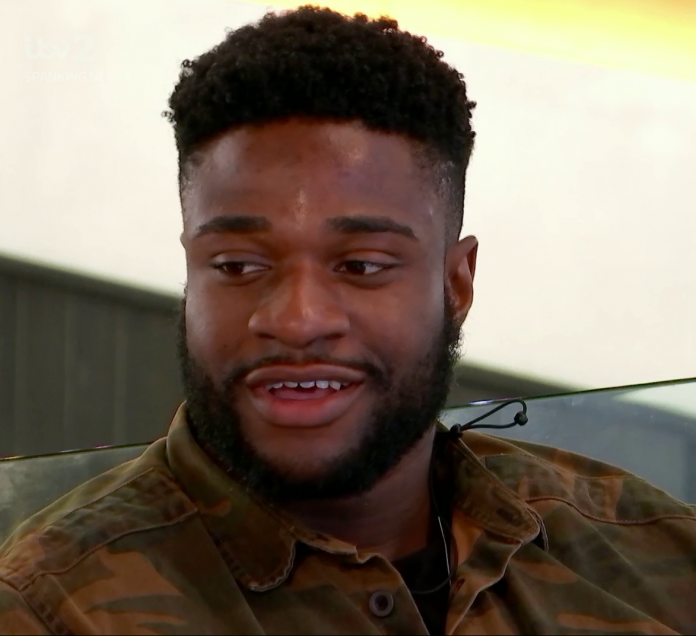 LOVE Islands Ched Uzor left viewers in hysterics last night as he burbled a stream of nonsense while trying to chat with Jess Gale.

The 23-year-old got very tongue tied when the stunning blonde quizzed him about why he fancied her.

Bemused by his reply, Jess told him: “Well observed.”

Voiceover man Iain Stirling also poked fun at his inability to put a sentence together, writing: “Jess desperately wants to know what Ched thinks about her. And by the sounds of it, so does Ched.”

Those watching at home found the whole exchange very funny and took to Twitter to comment on it.

What the hell did Ched just say?

When Ched was talking i thought my tv had glitched #loveisland

While a third tweeted: When Ched was talking i thought my tv had glitched #loveisland.

Even the Love Island account couldnt resist poking fun at him as they wrote: Gonna tell my grandkids this was Shakespeare.

Others were more sympathetic towards him though and suggested he was simply feeling nervous.

Ched entered the main villa during Casa Amor week and made a beeline for Jess.

Despite his comments Jess still seemed rather taken with him and seems set to ditch Mike for him.

Mike meanwhile seems to have completely forgotten about Jess in Casa Amor and has been cracking onto Priscilla.

Earlier today Piers Morgan branded the scaffolder brain-dead and did a scathing impression of him trying to woo Jess.

He explained on Good Morning Britain: “This is Ched revealing his undying love to Jess in the only language she can understand.”

Later, he added: “Even though they are brain-dead zombies, I respect them. Some of my best friends are zombies.”

Boris Johnson to hold Super Saturday vote on his Brexit deal in the Commons...