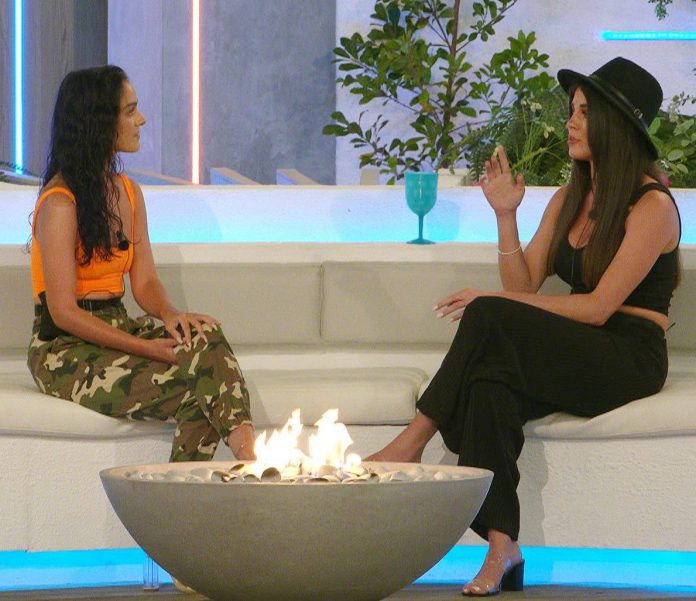 LOVE Island viewers are overjoyed Rebecca has brought some carnage to the show with her row with Sinnise.

The model has caused some drama by picking Luke T and annoying Sinnise and fans are so thankful she has saved the show from being boring.

They have claimed the show has been “boring” compared to previous series and have named Rebecca as their only hope of saving it.

In tonight’s episode she reduced Sinnise to tears when she defended herself for coupling up with Luke without asking her permission first.

And viewers were thankful for the drama.

One wrote: “This winter love Island would have been boring if they didn’t add Rebecca she brought the carnage that we crave #loveisland”

A second said: “#loveisland I know we hate Rebecca but shes bringing the drama like this would be so boring without her.”

Another added: “Im not a fan of Rebecca but wow Sinnise really has bad vibes with the way shes gone about this situation #LoveIsland.”

The row rumbled on all episode with the other islanders trying to bring the two women together to sort out their differences.

However, Sinnise refused to speak to Rebecca and at the end of the episode host Laura Whitmore revealed herself in the villa with a bombshell.

The public had been voting for their favourite couple and the least favourites would face elimination.

Sophie and Connor were revealed to be the least popular but both won’t be axed – only one of them will be and it will be up to the other islanders to decide who goes home.

The results will be revealed in tomorrow night’s episode.

Rare ‘Nintendo PlayStation’ auctioned for £275,000 after owner ‘turned down $1.2MILLION’

Hollyoaks spoilers: Terrified Grace convinced Liam will DIE if he goes through with his...

Census 2021: Brits furious as codes for survey ‘haven’t arrived or not working’ –...

Go Outdoors on brink of collapsing into administration with 2,400 jobs at risk