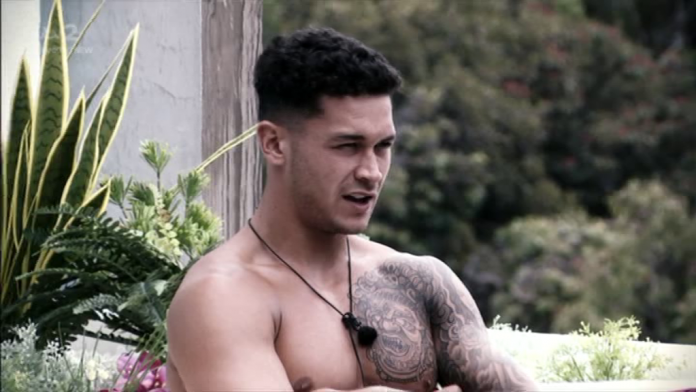 LOVE Island fans are scared for Callum Jones as Shaughna Phillips will go “f***ing mad” when he brings Molly Smith back to the villa.

A sneak peek from tomorrow night shows the worried scaffolder preparing to dump Shaughna after getting it on with Manchest model Molly.

Anxious about what other people will think of him, the 23-year-old then adds: “Everyone’s going to hate me when I get back.”

But viewers are more concerned about what will happen to Callum when he strolls back into the villa hand in hand with Molly.

One fan said: “Roses are red, violets are blue, theyll need your dental records to identify you… #LoveIsland.”

Another added: “Callum is a dead man walking.”

Someone else feared: “Connor is a dead man tomorrow.”

Tonight’s first look showed Callum reading out a text to Casa Amor, which read: “Tonight there will be a recoupling in which you must decide if you want to remain coupled up with your partner back in the villa or recouple with one of the new boys.”

Nas then predicts: “It’s going to be a very fiery one.”

Tonight Shaughna told her pals she wanted to make things official with Callum – while he was snogging Molly in the other villa.

Callum said “out of sight, out of mind” as he cracked on Molly after admitting he doesn’t find Shaughna sexually attractive.

Meanwhile, Shaughna says she will quit the show if he walks in with another girl.

“I just don’t know what I would do if he comes back with a girl, I would not be able to live in this villa,” she says.

Married at First Sight to return to the UK in sexed up version to...

Prince Andrew photograph has date printed on the back PROVING it is not a...