LOVE Island fans have spotted ‘chemistry’ between a surprise pair after they reunited for the series final.

Monday night saw the final episode of this year’s series – and many of the former cast came together to watch the last ever episode at ME London. 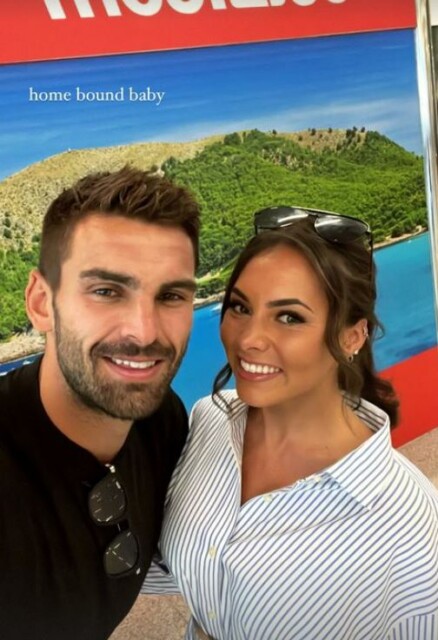 Paige left the villa happily coupled up with Adam

Original Islander Liam Llewellyn, who left the ITV2 villa after just five days, was seen posing for a snap with Paige Thorne, 24, and Ikenna Ekwonna, 23.

The Welsh lad shared the picture on Instagram for his 320k followers.

And some fans couldn’t help but point out how great the student looked with the pretty paramedic.

One wrote in the comments section: “You’d make a good couple, u & Paige

Paige placed fourth on the show alongside Adam Collard, 26.

The beauty was in a happy relationship with Jacques O’Neill, 23, before he kissed Mollie Salmon, 23, and Cheyanne Kerr, 23, during Casa Amor.

When she found out, they hit the rocks and then Geordie lad Adam entered the villa.

A day later Jacques decided to leave the programme, and Paige cracked on with Adam.

With Paige based in Wales, and Adam in Newcastle, the pair are currently apart.

The student has walked off the ITV2 series with the South Wales lad opting to head home despite the impending recoupling.