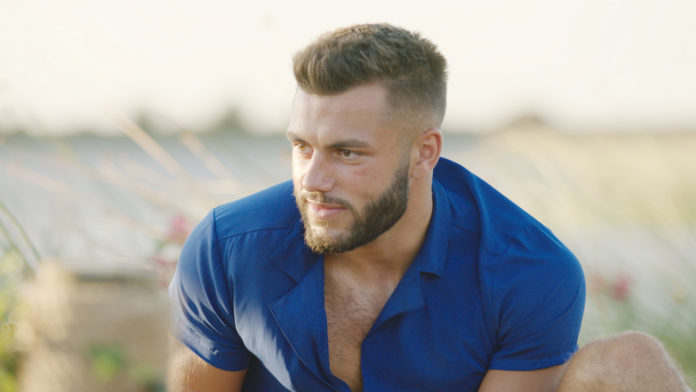 LOVE Islands Finn risks a row with Paige during tonights episode after he begs Demi to massage his feet.

The 20-year-old, who has made no secret of liking feet, takes part in a series of undercover challenges this evening with the other lads in order to win a cocktail party for the Islanders.

They have to take on a range of things such as convincing a girl theyre not coupled up with to give one of them a foot massage, getting a kiss from each girl, tricking a girl into bringing one of them five different items, convincing a girl shes got something on her face for 60 seconds, dropping a girls sunglasses in the pool and gettng another girl to retrieve them.

In the final group assignment they have to somehow encourage all of the girls to get in the pool and do a handstand.

Not surprisingly the boys decide Finn is the man for the job to get a foot massage and he picks Demi to do it.

Its unlikely to go down well with Paige, who is known for sometimes having a fiery temper.

Finn revealed he had a foot fetish very early on in the series, when he blurted out: “One of my sexual turn ons, are feet.”

During last nights show Finn and Paige discussed moving in together and getting a dog as they prepare for the end of the show.

The couple embarked on their final date in Cape Town with Finn rowing them to a secluded island.

As they discussed their feelings, he told his girlfriend: “What I love about you is how happy you make me, you laugh all day long.”

He added: “I do maybe want to try and find a place [together]… I want to do all that stuff with. I want to take you on holiday, I want to move in with you, I want to get a wee dog with you.

“I’ve felt feelings I didn’t think I would.”

Prince Harry agreed bombshell Oprah Winfrey interview within 24 hours of being stripped of...