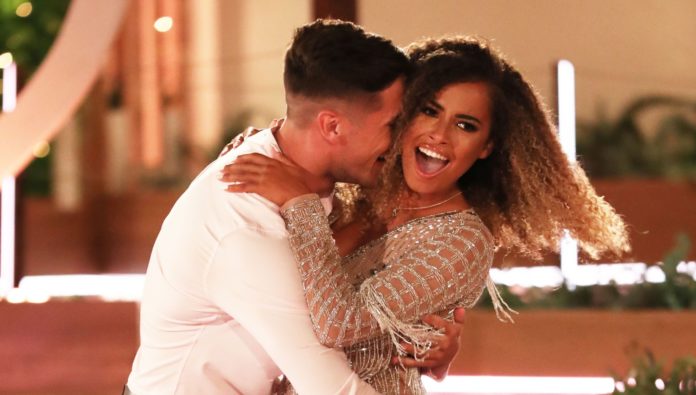 AMBER Gill and Greg O’Shea walked away with 50,000 after being crowned the winners of the ITV2 reality show in series five.

Viewers are waiting to see who will win Love Island 2020 but are any couples still together? Find out more below…

Who has won Love Island?

The professional rugby player and the beauty therapist were crowned the winners of series five choosing to split the 50,000 prize.

Tommy Fury and Molly-Mae Hague were the runners up followed by third place Ovie Soko and India Reynolds, and Curtis Pritchard and Maura Higgins in fourth place.

Unfortunately the couple split via text just five weeks after receiving the prize.

The couple won last year’s Love Island – as well as the hearts of the public – but despite seeming to be the perfect match they called off their union in April 2019.

He made the announcement on Instagram and asked for fans’ to be “understanding”.

Kem and Amber split after just 132 days of dating after a string of rows – despite saying they might get married.

They may not have found enduring love but they haven’t done too badly as they have both earned more than 1 million since leaving the villa.

Amber can be found in West End musical 9 to 5, while Kem is a presenter on This Morning.

The winners from 2016 had a brief seven month split in 2017 but reunited a few weeks before Cara was due to give birth.

They welcomed their first child Freddie-George in December 2017 and the couple are still married in 2020.

Jessica and Max pied their relationship after leaving the show

The first winners of the reboot of the show split just six weeks after leaving the villa.

Max went on to dateCharlotte Crosbybut ended their fling after she was caught on Snapchat kissing ex-boyfriendGary Beadleon a boozy night out.

He bounced back quickly and started dating the then Miss Great Britain, 2016’s Zara Holland.

And more recently he’s had an on-off romance with 2018 runner-up Laura Anderson.

Who has won Celebrity Love Island?

During the celebrity version of Love Island, Fran Cosgrave stayed away from most of the drama but entertained audiences with his easy-going nature.

He went on to win the show withJayne Middlemiss

They didn’t stay together after the show as they were put together by the public.

Again these two were voted together by the public.

But after a few public appearances together after the show, the reality TV veterans didn’t stay together.

Calum and Bianca were reunited when they both appeared on Celebrity Big Brother in 2017.

Diego Maradona’s last words before his death aged 60 revealed with Argentine telling his...

Channel migrant boats will be intercepted by armoured jet skis and turned back to...