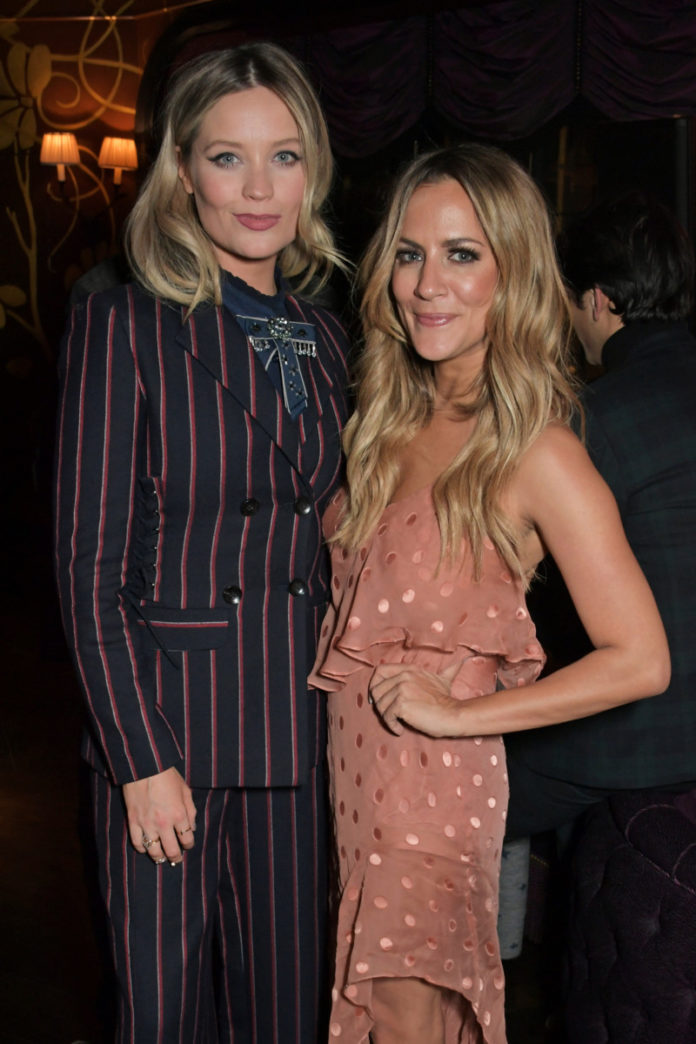 LAURA Whitmore has negotiated a big-money deal to become the face of Love Island after hosting the ITV2 show’s first ever winter series.

Following weeks of talks, Laura’s team have put forward a £1million package to keep her in the role after she impressed bosses and viewers on screen.

And she is now expected to front both the upcoming summer and winter series.

A TV insider told me: “Laura was an instant hit on Love Island, and when the winter series wrapped, the producers knew straight away they wanted her back.

“She’s a real professional, with a easy camera manner, and they love the combination of her hosting with her boyfriend — Iain Stirling — providing commentary.

“Her team at M&C Saatchi have more meetings with Love Island boss Richard Cowles in the diary and have laid out a deal to put to them for approval.

“The package is worth £1million, which includes Laura’s salary and expenses for both the summer series of Love Island this year and the winter series next year. It is expected to be signed off in the coming weeks.”

The Irish presenter was drafted in to host Love Island earlier this year after her close pal Caroline Flack stepped down from the role following assault allegations. Weeks later Laura was rocked by the news of the star’s tragic death.

But she managed to keep her emotions in check to host the live final of the series, during which she led a ­poignant tribute to Caroline.

The source went on: “Laura joined the show under exceptionally difficult circumstances, and had to carry on through her own grief after Caroline passed away.

“But she has handled everything with professionalism and grace, and at times really held things together.

“There is no one else they want to take on this role and Laura’s team know that so they have made sure the package is very generous.”

IF Nicole Scherzinger is hailing a cab, she is definitely doing it in style.

The Pussycat Doll wore an embellished black corset with fishnet tights and don’t-mess-with-me boots as she held up an arm for this snap.

However, a closer look reveals that the singer was actually on stage with her four bandmates as they prepared to perform on Australia’s Sunrise TV show.

And on balance I suppose that makes more sense.

The Dolls are Down Under to promote their latest single React, ahead of their comeback tour, which kicks off in Dublin in April.

I bet that will provoke a reaction or two.

KATE Moss has won her battle to build a party barn at her £2.5million Cotswolds retreat but she already has some unwanted guests – owls and bats.

The supermodel wants to convert redundant stables and a studio at her Grade II-listed farmhouse, which she shares with boyfriend Nikolai Von Bismarck, into an “entertainment and guest area”.

But a new ecological survey done as part of the proposed works has revealed that the unused stables are being used as a roost. And Kate has had to promise to build nest boxes for the creatures and apply for a special bat licence in order to win council approval for her plans.

The star was first given the go-ahead four years ago but was forced to seek a second approval after failing to complete planned work within three years.

And surveyors assessing the stables last year found evidence of bats roosting. They also found that barn owls had occupied the area. Kate’s second request has now been granted by West Oxfordshire council on condition she will make allowances for the critters.

I’m sure that won’t be a problem. Former hellraiser Kate must be well used to dealing with night owls by now.

Liam takes bro along for ride

LIAM Hemsworth just about manages to stay upright on a surfing trip.

Liam, who divorced singer wife Miley Cyrus earlier this year, hit the waves in Byron Bay, Australia, alongside his Thor actor brother Chris and another pal.

The Hunger Games star has moved on from Miley and is now dating model Gabriella Brooks. Maybe that’s why he was so keen to cool down.

LADY Gaga has drafted in a doctor to follow her every move during her upcoming tour, after telling aides she is “terrified” of contracting coronavirus.

The Stupid Love hit-maker announced this week that she will be performing a six-date summer tour, named The Chromatica Ball, following the release of her next album Chromatica on April 10.

The long-awaited shows – which I revealed in January were happening – will open in Paris before travelling to London and then back to the US. And in a bid to protect herself against the Covid-19 virus, the pop sensation – real name Stefani Germanotta – has recruited a medic to stay with her at all times.

All members of her team will also be given vitamin-booster injections before the shows, and handed their own stashes of anti-bacterial gel.

One source told me: “Stefani has serious concerns about touring while coronavirus is such a problem, and would have preferred to push it back.

“But it soon became clear that to postpone would be a very complicated and costly task. Her insurance is already through the roof for this tour.

“So we decided to go ahead. But we have lots of new health measures in place. She will travel with a doctor, and staff will also be looked after.”

The star’s comeback this year is a long time coming. So let’s all hope that those vitamin injections and anti-bacterial hand gels keep the virus at bay.

LEIGH-ANNE Pinnock smoulders in a bikini for a beachside photo shoot. The Little Mix star struck the hot poses while modelling for her swimwear brand In’A’Seashell.

And it seems the pop star’s bank balance is in just as good shape.

Little Mix’s company accounts show the group scored a £11.2million payout in the past two years after a series of sell-out gigs.

Leigh-Anne and bandmates Jesy Nelson, Jade Thirlwall and Perrie Edwards paid themselves £4.6million last year on top of £6.6million the year before. It means the Shout Out To My Ex hit-makers got £2.8million each.

Spine of the times for Tam

ACTRESSES in ITV’s newest drama have been forced to consult osteopaths – because the corsets they wear on set are too tight.

Belgravia, penned by Downton Abbey creator Julian Fellowes, is set in the 1840s when waists were at their tiniest as women sought to emulate the young Queen Victoria.

And Tamsin Greig, who plays Anne Trenchard, revealed: “I was under the care of an osteopath quite quickly, week one.

“I should have prepared before filming by wearing a corset for a couple of hours a day. To suddenly be in one for 12 hours a day was tough because we’re used to being able to move our spines.”

She added: “At lunch I began to insist I had to be taken out of the corset for that half hour because it was quite hard.”

Ghislaine Maxwell will talk to ‘stay out of jail’ and may have ‘video footage’...

Dominic Cummings shares ‘2020 lockdown plan’ pic that says ‘who do we NOT save’...

Tories defend Priti Patel over claims she bullied a civil servant to point of...