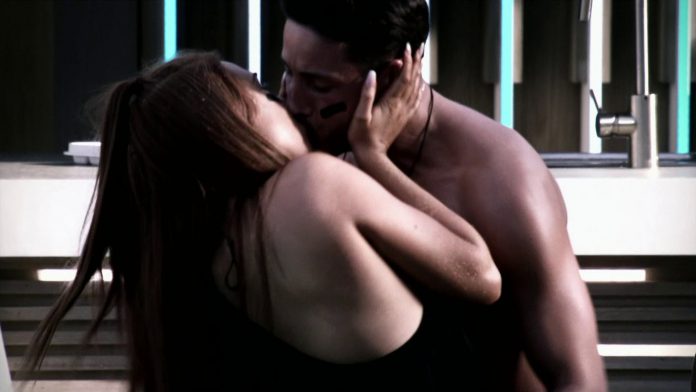 Fans of the ITV2 dating show will be horrified to learn that the 21-year-old has already had her head turned after hitting it off with Nas Majeed in the original villa.

Following their snog, George, 27, tells her: “You’re mustard and I’m having you on toast.”

The shock moment was trailed in Monday’s teaser clip.

Viewers took to Twitter to defend Nas, 23, with one writing: “Demi better stay with Nas or Im throwing hands.”

The 21-year-old beauty was seen cracking on with George

George tells Demi: ‘I’m having you on toast’

Demi and Nas hit it off in the original villa

Fans have previously expressed their concerns over Demi’s intentions

Another said: “I don’t trust Demi. So love Nas whatever he chooses.”

A third added: “If Nas or Demi go for anyone else other than each other Im giving up on love and staying single forever. #LoveIsland.”

Murad claims the flame-haired beauty is using his pal to win the show.

He wrote on Twitter: “I dont know what it is but something about Demi seems fake. Im getting Gregory vibes from her. I hope shes not using Nas.#loveisland.”

Fans of the ITV2 reality show have previously expressed their concerns that the red-head may be leadinghim on and playing a massive game.

Energy bill warning as thousands risk debt or being cut off