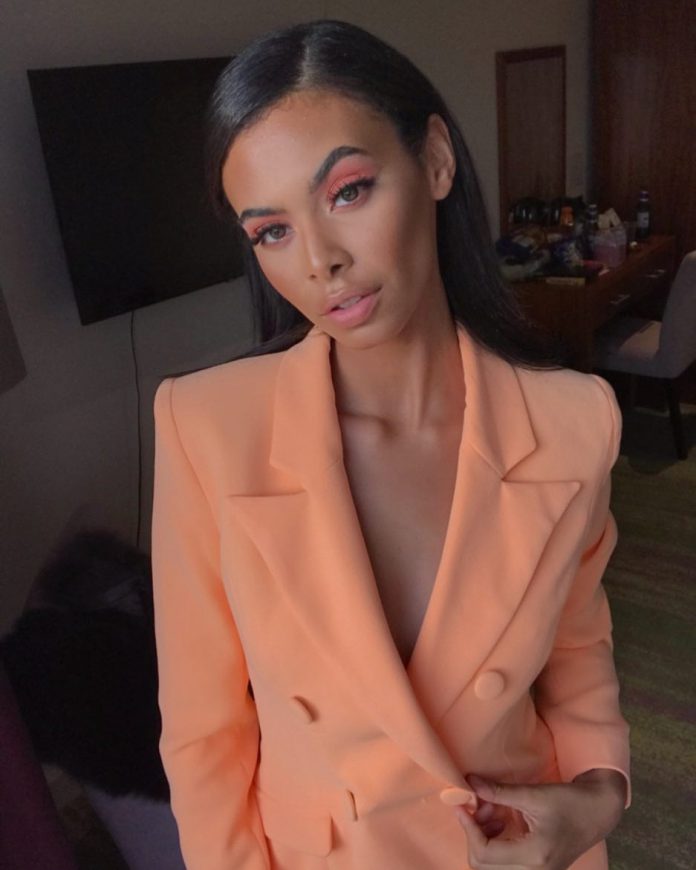 ROCHELLE Humes younger sister has finally got on to Love Island.

Advanced talks for Sophie Piper to be in this years summer version fell through but she will be in the winter show from South Africa which starts on ITV2 on January 12.

Sophie, who looks just like Rochelle, will jet out next month with a host of singletons to try to find lasting romance.

The model is no stranger to posing in her swimwear, having posted a series of bikini shots to Instagram.

A telly source told The Sun: Sophie is a dead ringer for Rochelle and viewers will love the likeness.

“ITV2 bosses are hoping she will be the star of this series.

“Shes got a really bubbly personality, plus they love the famous link.

In April, The Sun Online revealed how Love Island producers were desperate to sign Sophie up for the new series.

An insider said: ITV2 bosses are really keen for Soph to be the star of this years series.

Last year they had Dani and her claim to fame with dad Danny captured viewers and boasted the shows ratings.

This year theyre hoping to do the same with Rochelle and her youngest sister, whos the spitting image of her.

Soph is the perfect islander shes incredibly beautiful and loves meeting new people after already doing a season in Ibiza.

Shes currently deciding with her family if its the right move for her but its looking like a strong possibility.

Sophie is already a hit on social media

She often poses in her bikini for fans on Instagram

The identical sisters also have another half sister, Lilli Piper, who Rochelle recently met after Kem Cetinay reunited them.

Speaking to Giovanna Fletcher on her Happy Mum Happy Baby podcast, she admitted it was meeting Kem at a Christmas party that got the ball rolling.

She said: I’ve never told anyone this before. Two years ago, I was at our management’s Christmas party and Love Island’s Kem was there.

He was chatting away and said, I got to talk to you… as soon as I became a celeb, I promised my friend Lilli that I would talk to you as she’s your sister on your dad’s side.

Sophie has the stunning family resemblance

I knew of her and met up with her when I was five, but it was so complicated as they were a lot younger and my dad wasn’t involved.

She added: She WhatsApped me and I didn’t reply till the morning. We planned to go out for dinner with my other sister and brother and I made Marvin come with me because I was so scared.

We are literally the same people,Marvinwas like, OMG, there’s more of you. We’ve spoken every day since – Jeremy Kyle style. It’s like we’ve known each other all our lives.

Meanwhile, crew are rushing to put the finishing touches on the 5.3million Love Island villa in South Africa before the new series starts.

What is the Labour antisemitism row?

How old is Maura Higgins and does she have a boyfriend?