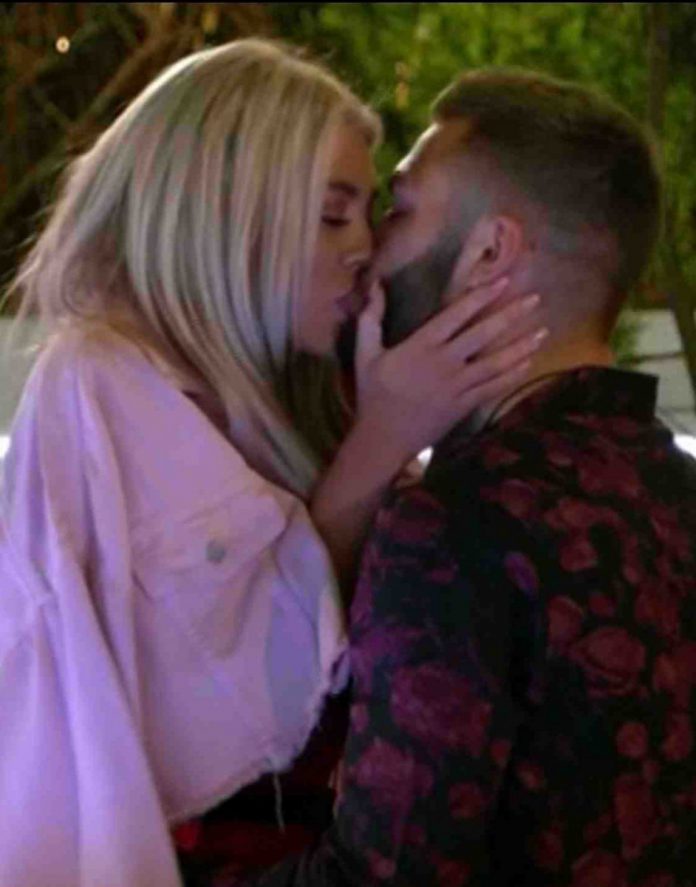 THINGS are about to get steamy on Love Island as the Hideaway is finally opened and Paige Turley gets to enjoy a night of passion with Finn Tapp.

It’s the first time the Hideaway will be open for the whole night in this series as the couple get to enjoy private time away from the rest of the villa.

The secluded bedroom was the scene of bombshell Rebecca’s first dates when she walked in during the dirty dancing challenge.

But tonight’s show sees Finn and Paige spend a romantic night alone in it together.

The paire are voted as the couple who deserve the treat the most by their fellow Islanders.

And they waste no time taking full advantage of the huge bed and romantic setting.

The Hideaway is finally open for business

The pair have had a rocky relationship in the villa so far with Paige calling the 20-year-old “immature” and him slamming her for being using the “age card” in their first argument.

The pair have had their ups and downs in the villa

a special secret room where selected Islanders can be intimate away from the prying eyes of their co-contestants.

It’s a welcome break from the massive six-bed shared bedroom the contestants normally sleep in.

The Hideaway is only available on special occasions.

The wannabes have to wait till one of them gets a text from a producer then they have to decide amongst themselves who gets to go in the love den.

Back in 2018, Megan Barton-Hanson made full use of the quiet time by having sex in the Hideaway with Eyal Booker.

Then later in the series, Megan made her second visit with Wes Nelson and they made full use of the facilities.

Laura Anderson and Wes were the first couple to visit in series four – after being almost inseparable from day one.

And in 2017 Dom Lever and Jess Shears stayed there – they were nominated as it was Jess’s birthday.

Then Kem Cetinay and Amber Davis got down in the lusty room – but their relationship didn’t last long outside of the villa.

Pregnant Dani Dyer reveals terrifying moment she thought she was going into labour a...

Labour could SCRAP thousands of pounds of tuition fee debt if they get into...