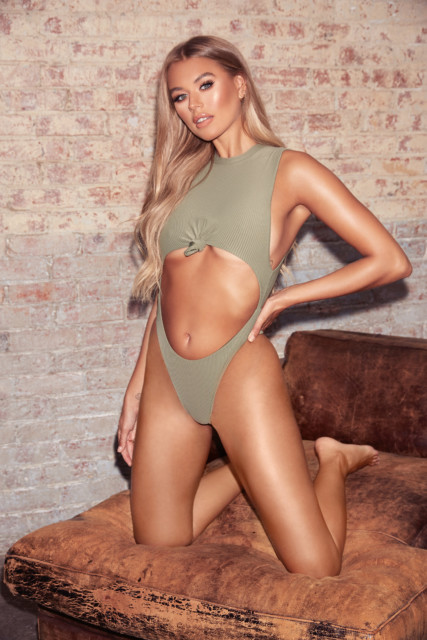 ARABELLA Chi re-tums from a holiday in Dubai looking better than ever.

The Love Island star, 29, flaunted her toned stomach in a cut-out one-piece that flashed a peek of her under-cleavage.

It’s no wonder she has such a cracking body since she confesses she works hard at the gym.

The blonde beauty posted a snap of her in pale pink sportswear on Instagram and captioned it saying: “If you want it you gotta work for it.”

She is said to be dating 37-year-old playboy Morad Izemrane after she split with another Love Island contestant, Wes Nelson, 22, in June.

The blonde moved in with fellow Love Island pal Harley Brash, 21, in June following her split from Wes.

The pair had been dating for nine months but were said to have ‘grown apart’ and had become more aware of their six-year age gap ahead of their break-up.

Arabella appeared in the 2019 series of the ITV2 show. The beauty confesses that she works hard at the gym Did you miss our previous article…
https://www.hellofaread.com/love-island/thomas-brothers-unlikely-to-all-take-part-in-the-real-games-due-to-covid-restrictions/