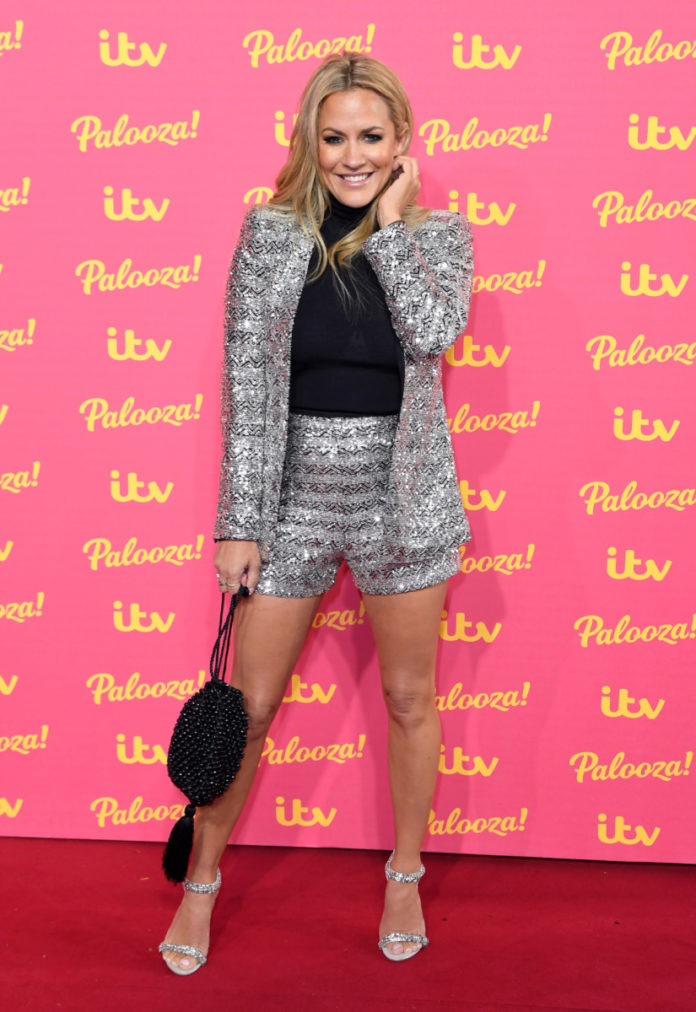 LOVE Islander Belle Hassan has paid tribute to Caroline Flack, revealing how the shows much-loved host offered a shoulder to cry on for all the contestants.

Belle, who reached the final stages of the ITV2 hit last year, was left heartbroken after Caroline took her own life a week ago.

In an emotional interview, she said the 40-year-old presenter was so, so loved.

Belle, 21, told The Sun on Sunday: Caroline was such a fun character and always seemed so happy. She was an amazing person and had such energy.

When she came into the villa she was there for us, a shoulder to cry on, a helping hand and an ear to listen to us.

She was someone to talk to, at happy times and sad times. Often when she was there someone would be leaving or had been given difficult news.

She would always comfort them and give them a cuddle. I remember her comforting Amber Gill, who went on to win the show, after she was dumped by Michael Griffiths in favour of Joanna Chimonides.

Molly-Mae Hague was also in tears in that episode and Caroline gave her a big cuddle. Between takes she would go out of her way to compliment people. She would say she liked their dresses and tell the boys, Oh, you look so handsome.

I remember her telling me I had lovely long legs. She was always going out of her way to make people feel good about themselves.

She was such a loved person and we all loved her. To think she felt so low that she saw no way out is just heartbreaking.

Carolines body was discovered by a friend at her flat in Stoke Newington, North London, on February 15.

Her death came just a day after Caroline was told the trial for assaulting her boyfriend, tennis player Lewis Burton, would be going ahead.

The news of her death left millions of fans reeling alongside her devastated family and friends. Belle told how all last years Islanders were hit hard by the news.

She said: I was having dinner when a friend called to ask if I was OK “When they told me what had happened, I was like, What the hell? I had to take myself off and have a minute because I just couldnt understand how that had happened. I cried.

Ive been down before but Ive never felt, Im done. It hit me how upset she must have felt. And I kept thinking about how her friends and her family must be feeling.

“I spoke to quite a few of the other Love Islanders afterwards and we were all asking, How are you? If you need to talk about anything, just ask.

A lot of the time people dont want to talk and say, Im struggling because we all put on this front that were strong and can deal with it.

But it is OK to not be OK. Theres no shame in not being OK with things, in saying to someone, Look, Im struggling and feel like I cant cope.

“I hope one thing people learn from this tragedy is that even if someone seems fine, they might not be.

If this can happen to Caroline, who was so much fun and had such a fantastic energy, it can happen to anyone. We all need to be kinder.

Belle, whose actor father Tamer Hassan knew Caroline too, last saw the host at the Love Island wrap party after returning from the TV villa in Majorca.

Caroline stepped down from her 1.2million presenting role a week after being charged with the assault of her boyfriend last year. She was replaced as host by her pal Laura Whitmore.

Belle said of Carolines decision to step aside: She was the only person who could make that choice. I think maybe she should have been on the show. She hadnt been found guilty of anything and it was her personal life, not work.

“It must have been such a horrible time for her because until then Id never heard anyone say a single bad word about her. People loved her.

Then all of a sudden this story comes out and everyone has an opinion, saying shes this and that, when actually she was such a lovely person.

When youre in the spotlight everything is magnified and people can be so hurtful.

ITV bosses have taken steps to improve its care of Islanders. Belle has regular contact with a welfare team set up by the broadcaster.

She said: Before Love Island, I could f*** up a million times and carry on. But after coming out of the villa, everything was different. You are being judged at every second and that is very difficult to deal with.

I know lots of us have really struggled, and felt very down. Anton Danyluk, who I was coupled up with on the show, Molly-Mae, Michael and Joanna have all had a rough time. But the ITV team have been nothing but supportive. They still ring me all the time to ask, Are you OK? How are you coping with everything?

“I got a call last week when the news about Caroline broke and I get text messages too. There has been lots of talk since Carolines death about axing the show and I do think ITV should maybe consider a review now.

“I would be sad to see Love Island cancelled though because its a great show and it changed my life.

Something needs to change but maybe thats about helping people to be kinder, in words and actions, and to look after each other better.

Royal Ascot protesters in custody after handcuffing themselves to winning post in front of...