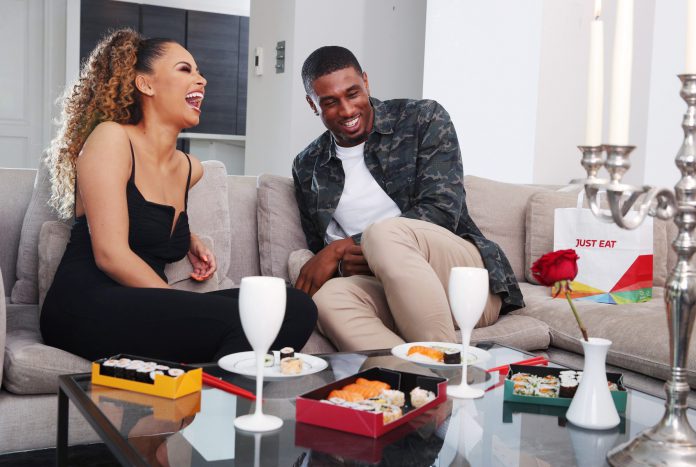 The runner-up to the ITV2 dating show watched the carnage of the latest series unfold alongside his friend and winner Amber Gill.

But his eyebrows raised when he saw the size of the Casa Amor in South Africa – as it will provide more places to hide.

Speaking on a Just Eat video with his pal, the basketball player said: “You know what three stories means theres going to be cheating!

“Theres more places to be alone. It makes it more savage, I stayed in the kitchen to stay out of the way.”

Meanwhile, Amber branded the girls “savage” during the coupling ceremony, as many of them didn’t stand forward for the boys on multiple occasions.

Ovie said: “It’s already become a competition,” before adding: “I hope some of them lot find something genuine though.”

Amber replied: “Do better than us.”

The pair weren’t very lucky in love during their time on the show.

Amber won the show alongside rugby hunk Greg O’Shea, but he broke up with her by text several weeks later.

They were hit by a series of cheating rumours but claimed their “conflicting schedules” lead to the split.

Fans are desperate for Ovie and Amber to get together and comb her social media for signs they will hook up.

Most recently, it was Amber’s reply to a tweet from MissPap – who she is a brand ambassador for – when they said: “this year’s boys are cute, but BRING BACK OVIE”

She then quoted it with: “Excuse me?”

This lead many fans to believe she was dropping a hint they have finally got together.

One person said: “What are u insinuating bruv?”

Another added: “Oh my god did she just-”

A third remarked: “Amber wants him for herself. we see u.”

However, she ended up telling off fans and denying relationship rumours in a follow up tweet, saying: “Loool guys I meant because I’m misspap’s brand ambassador. I should be their favourite not Ovie… Yous lot are like pushy parents. DROPPPP IT”.

Ex-PM John Major sparks fury saying Britain should accept it is no longer a...

Prince Harry and Meghan Markle offer to pay for some of their security ...

Chloe Ferry ‘asks for a date with Sam Thompson after his split from Zara...