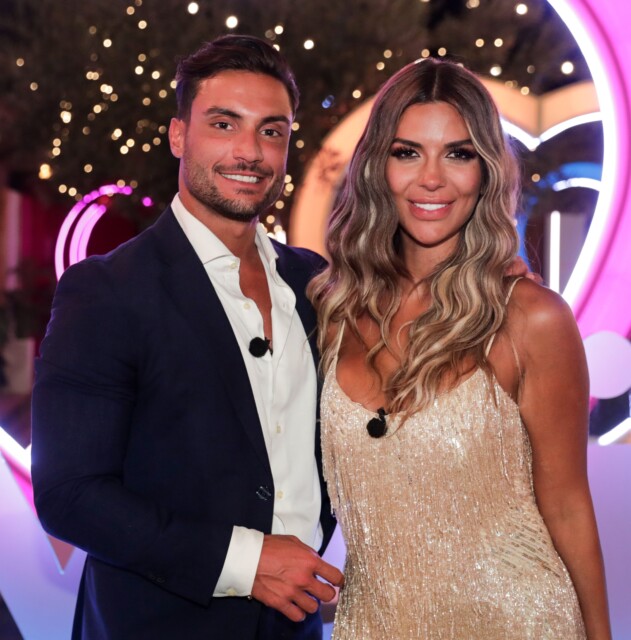 In one of the most dominant victories in the show’s history, the pair romped home with a huge 64 per cent of the public vote.

Davide and Ekin-Su won Love Island by a huge margin

They were miles clear of their nearest rivals Gemma Owen and Luca Bish, who received 14 per cent.

Dami Hope and Indiyah Polack got 12 per cent while fourth-placed Andrew Le Page and Tasha Ghouri trailed with just 10 per cent.

The one-sided final had echoes of the 2018 edition that saw Jack Fincham and Dani Dyer win the £50,000 prize pot with a record 80 percent of the vote.

Some 3.4million people tuned in to watch the series showpiece this year, up 600,000 from 2.8 million last year.

Ekin-Su is set to become Love Island’s richest star ever — with global superbrands queuing up to work with her.

Brand experts reckon her earnings could even surpass that of Love Island multi-millionaire ­Molly-Mae Hague.

But ITV have first dibs and intend to get her and villa lover Davide Sanclimenti, both 27, signed up for a spin-off show.

A source said: “There’s a pretty well-trodden path for Love Island winners. Over the past seven series it’s the usual fast fashion, drugstore make-up and then, of course, teeth whitening and protein shakes.

“Only Molly-Mae has really and truly broken that mould but even she ended up finding a home at a High Street fashion brand, Pretty Little Thing, albeit on a £250,000 salary.

“Ekin’s appeal to brands appears to have gone way beyond all that. It’s not just clothing brands, but big, global corporate brands that want to work with her. She’s going to be a very, very busy girl.”

Royals ‘agree rota to visit the Queen ahead of her birthday’ as monarch grieves...

Amanda Holden shows off her pins with her feet on the table as she...