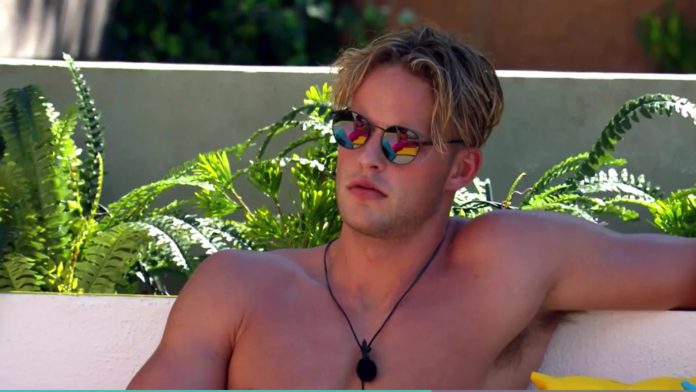 LOVE Island wont replace Ollie Williams after he quits after just three days, it has been revealed.

ITV has confirmed to The Sun Online that the 23-year-old Lord-to-be‘s place won’t be filled after his shock exit.

He dramatically walked out of the South Africa villa after realisinghe’s still in love with his ex-girlfriend.

It now means there are six girls and just five boys looking for love – leaving one extra girl – Paige – single.

It’s already been revealed that Shaughna and Leanne are at risk of being dumped from the villa after their couples were broken up by newcomers Jess and Eve.

The twins chose Callum and Mike to couple up with in last night’s tense episode – causing trouble in paradise.

A teaser for tonight’s show appeared to show Eve furiously shutting down the girls for confronting her over stealing Callum from Shaughna.

She was already falling for the hunky scaffolder before the twins got their eye on him.

They’ll all now try to impress before the next recoupling at the end of the week when the singletons are dumped from the villa.

But if the winter series is to follow in the footsteps of the summer version, viewers can expected some hot bombshells to be planted in week two.

It was reported yesterday that hunky student Aaron Borland is waiting in the wings to join the current islanders.

A leak revealed he’s flown to South Africa telling friends he’s joining the show. A representative for the show refused to comment.

Ollie was coupled up with Scottish student Paige – but he fell out with her before quitting the villa after he told love rival Siannese that he fancied her.

Viewers had been begging for Lewis Capaldi to replace Ollie, so he can have an awkward reunion with his ex Paige.

Cardiff, Swansea, Leeds and Wigan all placed in lockdown as coronvirus cases surge

Boris Johnson dodges questions on whether he tried to sack Matt Hancock in furious...