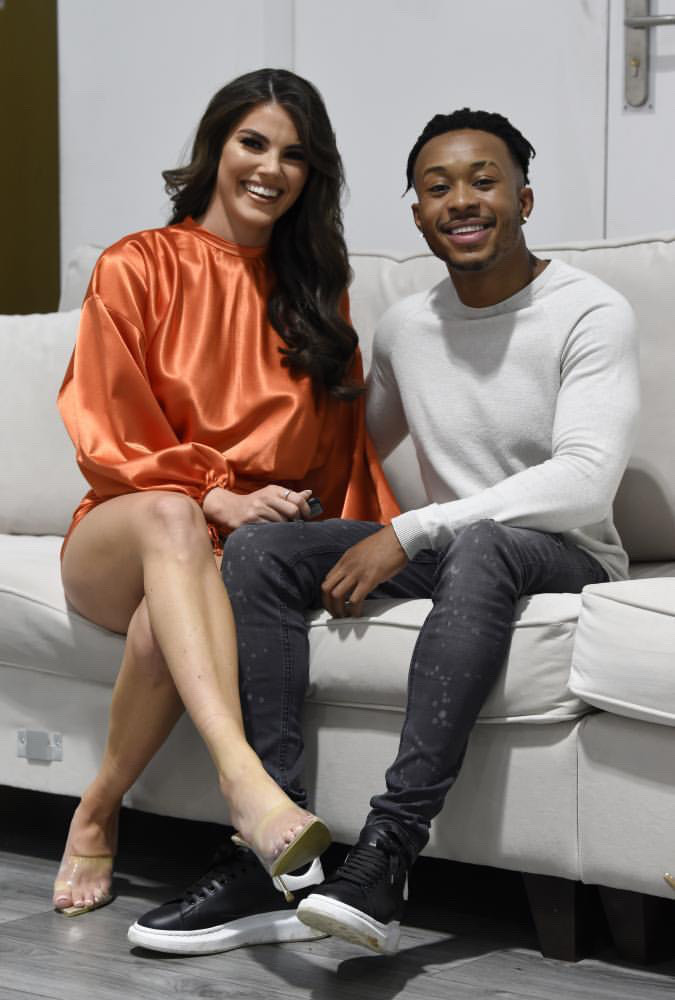 LOVE Island’s Biggs Chris has denied Rebecca Gormley cheated on him with pal Michael Griffiths – but admits she “f***ed up” on a drunken night out.

The 27-year-old has broken his silence in an exclusive interview with The Sun Online as he reveals he’s giving Rebecca a second chance.

That’s despite being sent messages from strangers warning him off the brunette beauty he fell for outside of the villa.

The couple hit the rocks when he discovered Rebecca had spent the night at Michael‘s house – but she insists nothing happened and she fell asleep on the sofa.

Biggs woke up to find Rebecca, 21, “missing” from their hotel room after he’d turned in for an early night.

He immediately rang Michael – his mutual friend through fellow Scot and Love Island 2019 star Anton Danyluk – to find out the truth.

“He told me nothing happened and that he would never do that to me,” Biggs told The Sun Online.

“Michael did try to call me that night while I was asleep and when I spoke to him he was like, ‘look what was I meant to do with her? She was drunk’.

“Michael wanted to make sure she was safe and told me she slept on the couch.

“Obviously the person who was in the wrong was Rebecca.

“Everyone’s morals are different. I wouldn’t have done that to her but I do believe nothing happened. She explained things and I took her word for it.

“In my head I’m like, ‘Rebecca you f***ed up’. But at the same time if people knew the truth they’d understand it.

“She’s been really apologetic about it. “She let me down. She feels really bad about it and I do believe she likes me.”

Thanks @gnhotel for having me. I had such a pleasant stay and the customer service was AMAZING! This place is perfect if you’re heading into Kings Cross, straight off the train and into my room

Ever since, Rebecca’s been begging for Biggs’ forgiveness, but he admits it’s made him slow their relationship down.

He said: “I’ve only known Rebecca a few weeks so I can’t put my whole trust in her yet.

“This made me want to take things even slower, but everything is good. It’s just in my head I’m wary.

“I think I need to spend more time with her to see if she’s trustworthy. I’ve been getting a lot of messages from people saying I need to be careful and warning me off Rebecca.

“I know she’s got a reputation of getting over people really quickly. I just need to wait and see.”

But Biggs has insisted Rebecca hasn’t done anything “wrong” because they’ve not made their relationship official.

They haven’t seen each other since Rebecca returned to the hotel the next morning and they went for a coffee to talk things through.

And now they appear to be “social distancing” from each other as Biggs retreats back to Scotland amid the coronavirus pandemic.

Rebecca is still living in Newcastle and promised she’d drive the 150 miles to see him if the trains are cancelled.

Biggs added: “Truthfully the coronavirus is the only thing that’s stopping us seeing each other more.

“We’ve just been enjoying each other’s company and having fun. We’ve never put a label on being ‘boyfriend, girlfriend’.”But I’ve said I would make her my girlfriend. It just feels far too early right now.”

Simon Cowell accident: X Factor judge in hospital after breaking his back falling off...