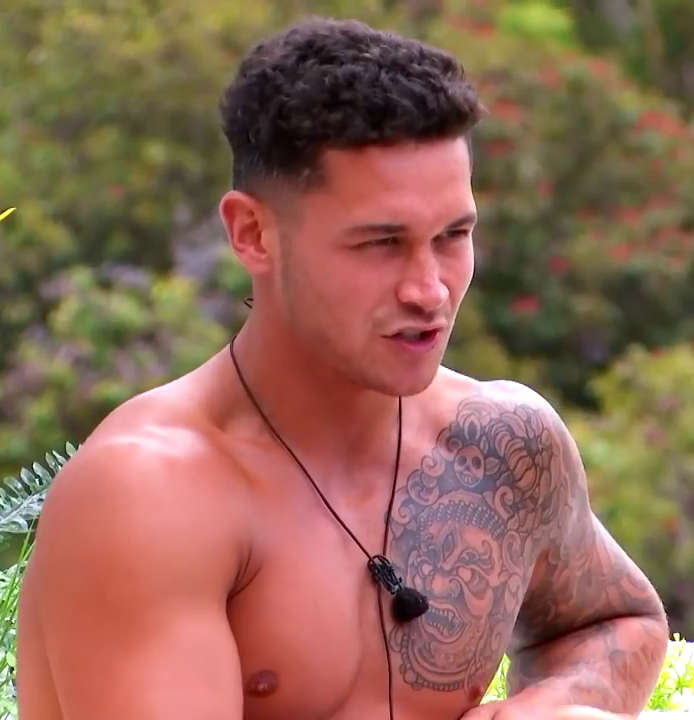 CASA Amor’s magic spell is broken tonight as Callum Jones begins to realise the impact his decision to dump Shaughna Phillips will have on his popularity in the main villa.

The scaffolder whines “everyone is going to hate me” as he prepares to break Shaughna’s heart tonight and recouple with fellow Mancunian Molly Smith.

A first look of tonight’s episode shows Callum preparing to dump Shaughna after getting it on with Manchester model Molly.

Anxious about what other people will think of him, the 23-year-old then adds: “Everyone’s going to hate me when I get back.”

In tonight’s recoupling the girls must decide whether to remain coupled up with their boys who have been living in Casa Amor or recouple with one of the new boys.

“I’m so scared about putting that trust into someone,” Shaughna admits.

But she decides to go with her gut and chooses to stay loyal to Callum.

So how will she react when he walks in with stunning Molly on his arm?

Earlier this week, fans were outraged as the scaffolder admitted it’s “out of sight, out of mind” as he cracked on with Molly in Casa Amor.

He told Molly that his head would only get turned for “someone special” before giving her a proper snog on tonight’s episode.

Meanwhile, Shaughna said she will quit the show if he walks in with another girl.

“I just don’t know what I would do if he comes back with a girl, I would not be able to live in this villa,” she said

On last night’s show, Finn Tapp warned Callum to think of Shaughna’s feelings before he jumped into bed with the stunning blonde model.

But he shrugged: “Sharing beds doesn’t mean anything.”

Later, during the Raunchy Races challenge the pair snogged as the tallest boy had to kiss the girl he fancied the most.

He made a B-line for Molly and they passionately kissed.

Then Molly had to kiss the boy she fancied the most and she returned the favour.

Afterwards Callum admitted he was a “busy boy” but insisted he “wasn’t hurting anyone”.

But fans of the show have been left fuming by his heartless moves in Casa Amor.

Who is a queen and deserves better than this #loveisland pic.twitter.com/idPlzSnPOK

A queen who deserves a boy whos gonna worship the ground she walks on #loveisland pic.twitter.com/SXgqCa6eD9

Finn told him: “Your head was a bit more scrambled than it was yesterday.”
He agreed and said: “Every time I look at her there’s a sexual attraction it’s massive.

He added: “You can’t help how you feel.”

“I look at her and think I want to rip her clothes off.”

Finn asks if he has the same thing with Shaughna and Callum replies: “I’ll be honest no I don’t.”

But how will Shaughna react to living in the same villa as Callum and his new girl?

The stars who lost the most weight on the Im A Celebrity diet ...

Travel quarantine could be HALVED with tests after a week by December, Grant Shapps...