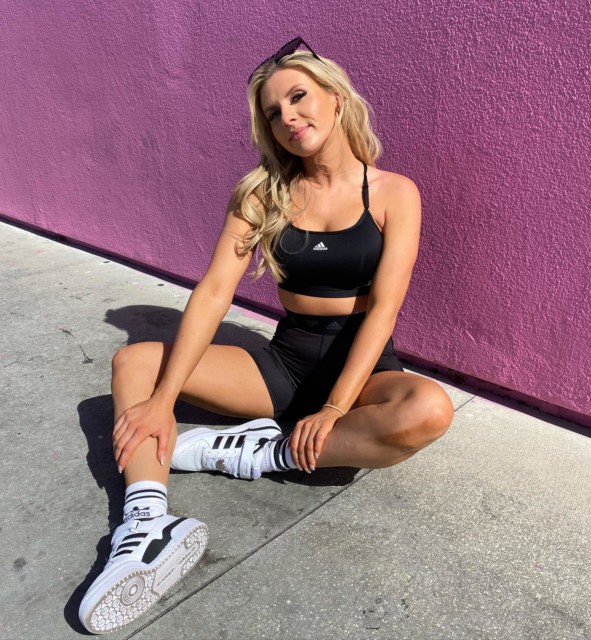 The 25-year-old, who found fame on the reality show last summer when she fell for Toby Aromolaran, has been drafted in as a reserve and has kept it hush hush while secretly training alongside the other stars.

Despite not being guaranteed a main slot on the show, Chloe has to undertake the same gruelling regime as the other stars.

A source said: “Chloe has managed to keep it quiet but she has been busy training and meeting all the other stars.

TV and radio presenter Will Njobvu is also a reserve for the show. A spokesperson for ITV said: “Chloe Burrows and Will Njobvu are reserve competitors on the show and are training hard with the rest of the team in preparation for the live shows.

“They will take part in the competition in the event of any injury or illness and we are very excited to have them on board.”

The Games line-up was recently revealed, with a host of reality TV stars and actors set to battle it out.

Olivia Attwood and Christine McGuinness are strapping on their trainers, pulling on their swimsuits and getting on their bikes alongside 10 other celebrities.

Newsreader Lucrezia Millarini, Emmerdale actor Rebecca Sarker and actor Ryan Thomas are the final three names who will go head-to-head in a range of sporting challenges for the new series.

The Games will also see Alex Scott as trackside reporter and Chris Kamara as commentator.

Meanwhile, the six male and six female competitors will battle it out in the athletics arena, the swimming pool, gymnasium and velodrome.

Each will put their sporting prowess to the test in events from the 100-meter sprint to diving, racking up points on the medals table.

As well as live coverage of the events, each episode will feature the celebrities’ preparation as they’re taught the sports from scratch by some of the UK’s top coaches. Following their gruelling training programme leading up to the competition, as they aim to reach their peak physical condition.

As the leader board takes shape with each night, the series will culminate in an exhilarating final showdown in which one male champion and one female champion will be crowned. TV and radio star Will is also a reserve

Boris has been listening to advice from the start – and bearing the brunt...