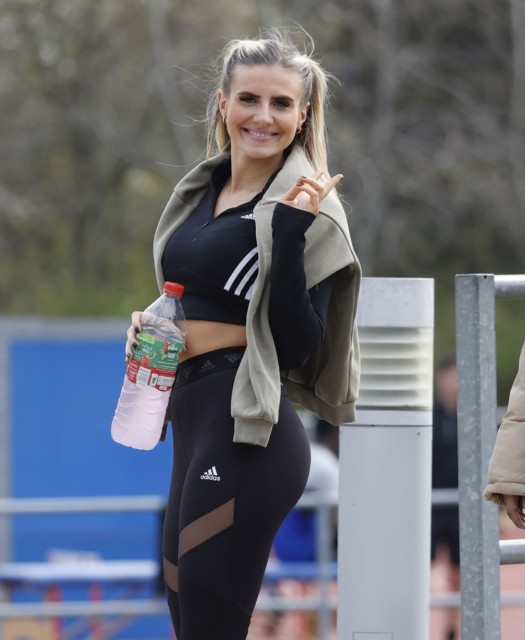 LOVE Island’s Chloe Burrows has revealed why she hasn’t competed in The Games after being bombarded with messages from fans.

However, she’s remained on the sidelines for the televised competition.

Taking to Twitter and Instagram to set the record straight, she wrote: “I’m not competing haha I’m a reserve!! X.”

Her fans voiced their frustration, to which Chloe replied: “I’d win if I was in it [wink emoji].”

We previously revealed that Chloe wasn’t guaranteed are starting slot on the show, however, she still had to undergo the same gruelling practice schedule. Love Island star looks unrecognisable in throwback – can you guess who? A source said at the time: “Chloe has managed to keep it quiet but she has been busy training and meeting all the other stars.

TV and radio presenter Will Njobvu is also a reserve for the show.

A spokesperson for ITV said: “Chloe Burrows and Will Njobvu are reserve competitors on the show and are training hard with the rest of the team in preparation for the live shows.

“They will take part in the competition in the event of any injury or illness and we are very excited to have them on board.” Chloe joked she’d win if she was allowed to compete

Inside the Royal Vault at Windsor where the Queen will be buried alongside her...