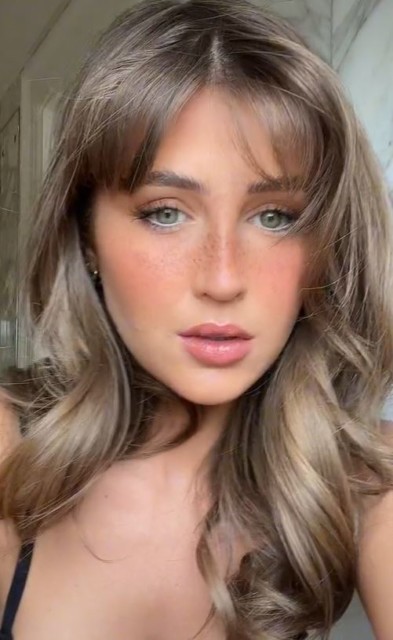 LOVE Island star Georgia Steel has been spotted looking totally different as her fans have speculated she’s had a nose job.

The ITV2 dating show contestant took to TikTok this week to take part in a viral trend when her followers noticed her button nose.

Georgia, 24, has had quite the transformation since her time on Love Island – switching up her hairstyle recently for trendy bangs.

But now fans think they have spotted that the star has undergone a “secret” nose augmentation as they speculated what was different.

The influencer was seen singing along to Nicki Minaj hit We Go Up in a new video posted to TikTok, showing her looking unrecognisable.

“Omg nose job, yes for sure,” one fan wrote under the video, as a second chimed in alongside a laughing emoji: “Got a nose job.” A third said: “She’s deffo done fillers too. Surgeon was good because she looks different but what and where you can’t figure out.”

While a fourth pondered: “She looks so different. I can’t put my finger on what’s different. Does anyone know?”

Others chimed in to defend the star, saying it was likely that her face had just “matured” since being on the show four years ago.

Back in 2020 – Georgia did open up about having a procedure on her face, which she insisted was “non-surgical”.

The star underwent a skin tightening treatment – as she reassured fans her other secret was “drinking lots of water”.

It comes shortly after Georgia set temperatures soaring as she went topless for a modelling shoot in Mexico.

Georgia could be seen smiling as she clutched the coconuts, that were filled with cocktails, against her boobs.

Georgia has become an Instagram star since she appeared on Love island back in 2018 – sporting a mammoth 1.6million followers.

Meanwhile, it looks like love could be in the air for Georgia as she was recently spotted on a date with Leeds footballer Tyler Roberts, 22.

A pal said: “They have lots in common.”

It comes as Georgia’s conman ex was last month jailed for scamming Thierry Henry‘s former wife out of £160,000.

She has opened up about the “traumatic” ordeal she went through after discovering her boyfriend’s secret life.

Geogia was left devastated when her whirlwind romance with a wealthy American called Miguel turned out to be a convicted fraudster called Medi Abalimba, as revealed by HOAR.

Speaking on Secure The Insecure podcast, Georgia spoke for the first time since he was jailed for 50 months after admitting 15 counts of fraud between 1 January and 1 March this year. I spent £50,000 on an extension but council is making me DEMOLISH it

She told host Johnny Seifert: “I had no idea he was a convicted fraudster. Again, another mistake made, but another lesson.

“It was definitely a traumatic experience, but I shine a light on it now and I think, I’ve healed from it.”

Who is Declan Donnelly’s wife Ali Astall and what’s her age?

The Crown boss reveals why there’s no way Netflix show can continue beyond season...

LEGO launch biggest ever set with more than 9,000 pieces — of Rome’s iconic...