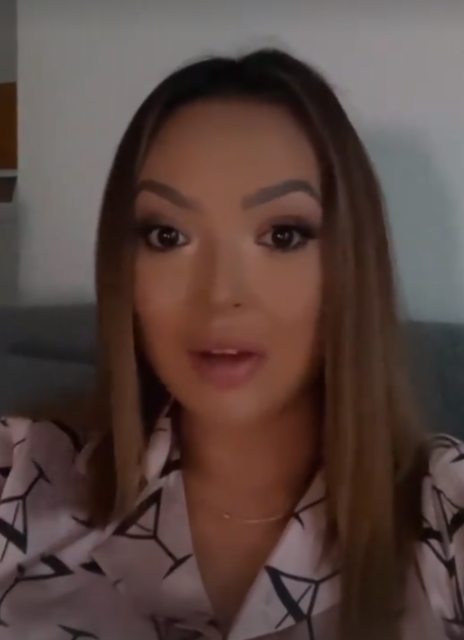 LOVE Island’s Hugo Hammond has been savaged by ex-Islander Sharon Gaffka after the recoupling drama.

The civil servant has claimed that he “fancied” Chloe Burrows from Day One, and slammed him for being “complicit” when Toby ditched Kaz.

Sharon took to her Instagram Story to address the recent villa drama after being bombarded for her opinion by fans.

Trying to remain balanced, she told followers: “I don’t think Hugo was wrong for sticking up for Chloe, I knew he was going to pick Chloe, and I knew that he was gonna say something along those lines.

“I didn’t think he’d say it with as much chest, so that took me by surprise. Maybe he spent too much time coupled up in bed with me.

“One thing I don’t like about Hugo’s speech is that Hugo openly admitted to me that he enabled Chloe and Toby to crack on… And obviously, me being [close] with Kaz, I didn’t appreciate it at all because it was behind Kaz’s back. So, for me, what goes around comes around.”

Sharon went on: “What I also didn’t like about the speech is that Georgia had done nothing wrong and I just feel like it was unfair on her to witness that or be part of that.

“In my honest opinion, I bloody hate seeing Chloe upset, it’s awful. I hate seeing any of the girls upset… But what goes around comes around.

Sharon went on to suggest that Hugo, who she was in a friendship couple with before being dumped from the show, had fancied Chloe since she first entered the villa last month.

She stated: “I’ve said that Hugo will pick Chloe because I think Hugo has had feelings for Chloe since day one. And now I’m watching their pillow talk, and them having a little snuggle… Come on now.”

Quoting the teacher from last night’s episode, the beauty giggled: “‘Why don’t you go with someone who will treat you nice?’ I see you Mr Hammond, I see your game. Okay!”

And she isn’t the only one to have picked up on the pillow talk, with viewers flocking to social media last night to share their similar reaction to Hugo’s comment. Boris Johnson will rush Parliament back for new Queens Speech within a week of...