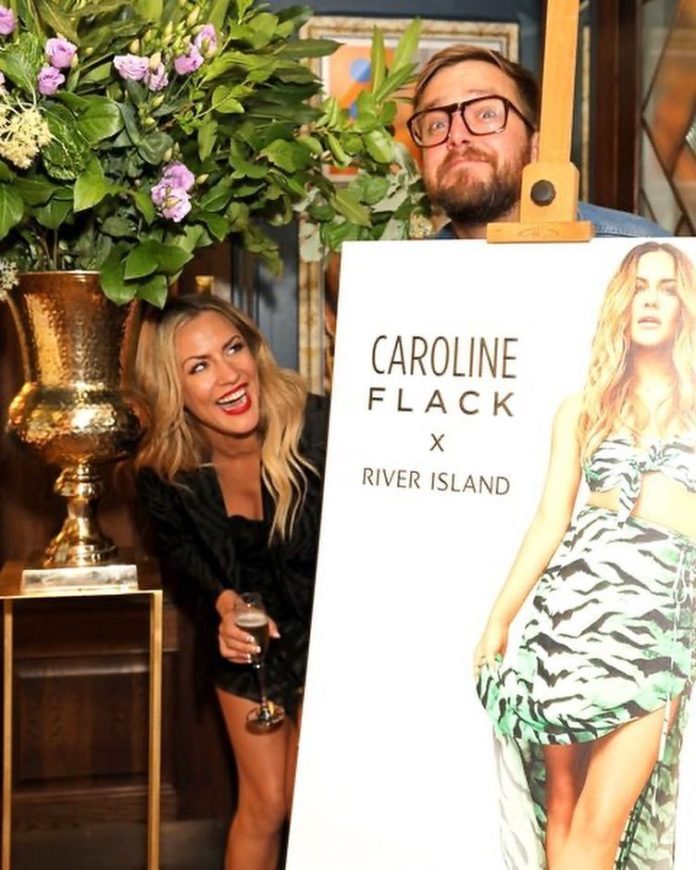 The 32-year-old reflected on yesterday’s service for Caroline, 40, as he paid tribute to his friend.

Sharing a sweet snap of the pair at Caroline’s River Island clothes launch, Iain wrote on Instagram: “Yesterday we said goodbye to Caroline. It was a small services filled with her friends and family.

“The day was spent sharing stories, singing songs and of course some tears were shed.

“As someone who had the worst FOMO in the world I know Carrie would have hated missing it.

“And her infectious laugh was painfully absent. You were so loved Caz, by so many – I hope you knew that. And I hope you’re now at peace. X.”

Caroline was found dead in her flat on February 15 after taking her own life.

At the time, Iain shared a moving video from Caroline’s time on Strictly, with the TV favourite looking elegant in a flowing white dress as she danced to Robbie Williams’ Angels with professional partner Pasha Kovalev.

He said his friend had “slow motion walked into heaven” and that he would “miss her forever”.”

His girlfriend Laura Whitmore replaced Caroline as host of Love Island’s first winter series after she was charged with assault.

The TV favourite was forced to stand down from her job after being accused of attacking her boyfriend Lewis Burton in December – allegations she strongly denied.

She pleaded not guilty to assault by beating, but found out the day before her death that prosecutors had decided to still move forward with the case.

Yesterday her closest friends and family at her private funeral today to say their final goodbyes.

They comforted grieving Lewis who couldn’t see Caroline in the weeks before her death after a judge imposed strict bail conditions.

Dog-owner stabbed by thug who tried to snatch his 2,500 French Bulldog puppy

Just one in six women who were victims of sex attacks reported it to...

Jacqueline Jossa & Piers Morgan lead tributes to Jake Wood as he bows out...