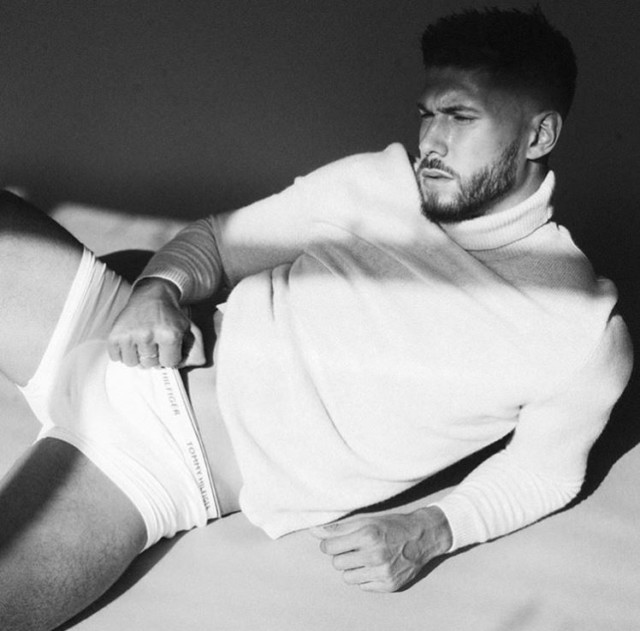 LOVE Island’s Jack Fowler looks glorious in just a pair of pants as he drives fans wild with his huge bulge.

The 24-year-old star is celebrating the news that he’s just signed up with one of London’s top modelling agencies.

All eyes are on Jack’s modelling career

Taking to Instagram earlier today, the hunk posted a photo of himself wearing a pair of tight, white pants.

He captioned the post: “Big news! Buzzing to have signed with @nevsmodels who will now be representing me for all modelling work

To keep the focus firmly on the impressive bulge in his underwear, Jack added a white polo neck jumper and a brooding look. No one is looking at the view, Jack – only at you! Jack has gone from reality star to model and musician

Looking off-camera, the reality star also gives his fans a small glimpse of his washboard abs.

The star’s 1.3million followers flocked to share their admiration in the comments, with one cheekily adding the aubergine emoji “

Another penned: “Bloody hell! This shot is too much for a Thursday night!

While a fourth exclaimed: “holy mother of Mary”

In March, the 24-year-old star teased the release of a music single with a bulging shot.

Jack, who shot to fame on Love Island in 2018, has recorded and released a R&B track.

The hunk released his debut track Back To Yours in early April.

Coronation Street spoilers: Yasmeen trapped with abusive Geoff as he locks her in house...

Grants worth thousands of pounds to encourage people to switch from diesel to electric...